10 Of The World’s Greatest Unsolved Mysteries. I’d Never Even Heard Of #7.

Despite modern technology and our advanced understanding of the world, there are still a lot of mysteries out there. They all make you scratch your head and some even force you to question reality. Here are 10 of the world’s best unsolved mysteries for you to ponder:

The Mary Celeste was a ship destined for Italy that departed New York in 1872. On board was the captain and his family, along with a crew of eight. However the ship never made it to Italy. It was found floating near the Straight of Gibraltar, abandoned. Everything was intact except that the captain’s log book was missing.

The Marfa Lights are mysterious lights that have frequently been sighted over the Mitchell Flats east of Marfa, Texas. They’ve been a regular sight in the area for much of the last century. Despite many theories about their origins, no one has been able to provide evidence for their theories.

After President Kennedy was assassinated, the Babushka Lady was seen at the site taking pictures of what happened. She was dubbed that by the FBI because she was wearing a headscarf very similar to what Russian grandmothers wear, also know as Babushkas. No one knows who she is, or what photos she took. The FBI asked her to come forward during the investigation, but she never did.

Back in 1908 there was a huge unexplained explosion over a forest in Tunguska, Siberia. The force and devastation of the blast was equivalent to more than 2,000 Hiroshima level bombs. Initially scientists thought it may have been a meteor. However there is a lack of hard evidence to prove that theory. 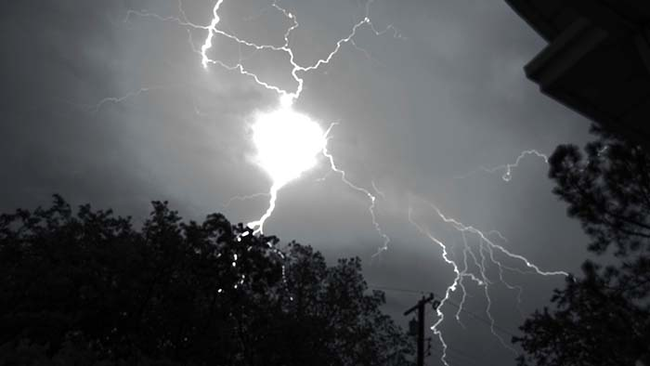 Ball lightning is an extremely rare thing. Essentially it is electricity (lightning) that’s shaped like a sphere. When it has been spotted it looks like little balls of floating electricity. Sadly because it is so rare, almost no research has gone into figuring out what the heck causes it.

In 1918 a married couple in New Orleans was killed in their home. The killer butchered them in their sleep. No valuables were taken in the attack, and the killer left the axe at the scene. At least eight more people fell victim to the so-called “Axeman” before the murders stopped. The Axeman was never found.

Olof Palme was an outspoken Swedish politician and prime minister from 1982 – 1986. His platform included a referendum on nuclear energy and restoring socialist economic policies. In 1986 when he was walking home with his wife from the movies, he was assassinated. The killer was never found.

D.B. Cooper hijacked a plane in November, 1971 en route from Portland, Oregon to Seattle, Washington. He demanded $200,000 in cash when the plane landed in Seattle. Once the plane was refueled and back in the air, Cooper parachuted from the plane with the money strapped to his body. Neither he nor the money were ever found.

The Nazis were well known for plundering the wealth of their victims. It was rumored that because of this Hitler personally had the equivalent of $4 billion in hoarded gold, currency, and other valuables. While some isolated stores of Nazi plunder have been found, the main bulk of it is still out there somewhere.

10.) The burial site of Genghis Khan. 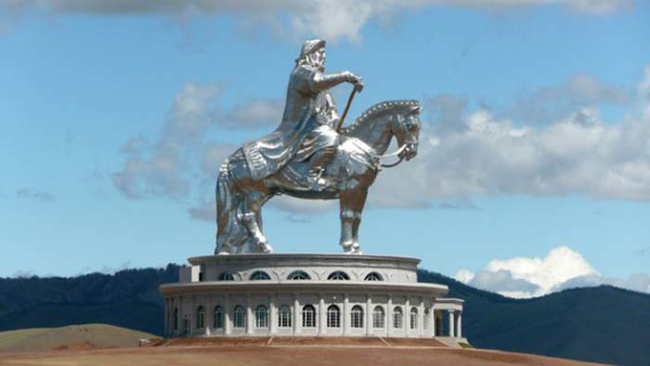 Legend has it that when Genghis Khan died, all witness to his burial were killed. His loyal followers supposedly buried Khan then killed all of the slaves that helped with the burial. They then had their horses trample the ground to hide the grave. There’s even a story that some of his followers diverted a river to cover up his grave.

Wow. Alright those are some crazy mysteries. I had no idea Hitler had that much wealth by the end of World War II. I wonder where it went…

Previous Post: PSA Challenges Gay Men To Stay Celibate For One Year – So They Can Donate Blood
Next Post: When A Male Octopus Finds A Mate…