The shameless narcissist in chief is at it again.

President Obama delivered a eulogy for Hawaii Senator Daniel Inouye at the National Cathedral Friday morning. As is his wont, President Me-Me-Me yammered on about his favorite subject: himself.

Obama recalls monthlong family vacation to mainland when he was 11, and family tuning in to Watergate hearings. Inouye captivated him most.

All about him RT @markknoller: Pres Obama speaks of boyhood memories of learning about democracy watching Sen Inouye at Watergate hearings

Inouye’s presence in the Senate “hinted to me what might be possible in my own life,” Obama says in eulogy

Obama on Inouye: “As someone who has been privileged to live in Hawaii, I know he embodied the very best of … aloha”

UNREAL. Obama Uses Sen. Inouye’s Funeral to Drone On About Himself For 10 Minutes (Video) shar.es/hCepm via @gatewaypundit

The president’s inappropriate focus on himself during the memorial service did not escape the notice of the Twitterverse.

Obama found a camera and a podium to speak from at Sen. Inouye’s funeral… I’ve heard the beginning of the speech before… about himself!

President Obama is currently giving Senator Inouye’s eulogy. What’s he talking about? Himself, obviously. I can’t watch this.

What an embarrassment! #Obama opens remarks at #Inouye service talking all about himself, incl summary of family vacation. What a fool!

Obama’s Inouye comments: pushing the boundaries between personalizing a memorial and making it (as usual) all about himself.

#ObamasEulogies:JESUS, could #Obama be taking any longer to get to the point about Sen. Inouye? Even in death it’s always about him #tcot

“@leginsurrection: Obama eulogy for Daniel Inouye all about Obama” me, me, me, I, I, I, uh,uh,uhh…

This is a funeral for Sen. Inouye. Obama can’t stand it not being about him, so he is making it about him!

Obama’s speech about Daniel Inouye: “Me … me … me … I … I … I.” Whatever the topic, Obama always gives a speech about himself.

President Obama honors Sen. Daniel Inouye by talking about his own family vacations. Why is he like this?

As always, it’s all about him. And it wasn’t even the first time today: 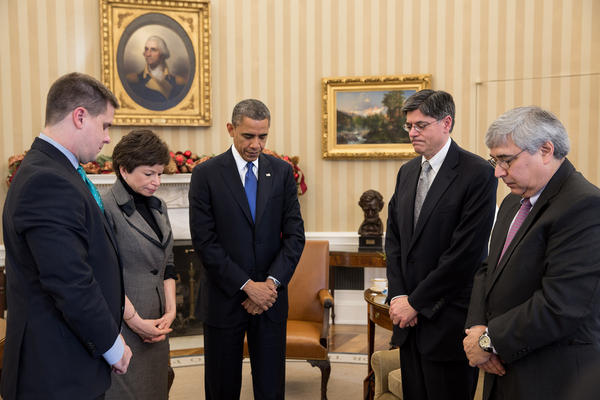 Previous Post: ‘Just a blogger’ exposes missing segment in ‘full’ Romney video
Next Post: Lying, pandering on Sunday shows is not Hillary’s ‘favorite thing to do’