Democrats still confused about due process and the No-Fly list

In the grand American tradition ofproposing a terrible solution to a problem after it’s too late to help, Democrats are determined to tie the Second Amendment right to purchase a firearm to the government’s mysterious “No-Fly list.” In his Dec. 5 weekly address, President Obama himself literally called it “insane” to let those on the No-Fly list purchase firearms:

right now, people on the No-Fly list can walk into a store and buy a gun. That is insane. If youre too dangerous to board a plane, youre too dangerous, by definition, to buy a gun. And so Im calling on Congress to close this loophole, now. We may not be able to prevent every tragedy, butat a bare minimumwe shouldnt be making it so easy for potential terrorists or criminals to get their hands on a gun that they could use against Americans.

Potential criminals? That leap in logic is good enough for the Democrat Party.

Also difficult to understand for some Democrats: the role of Congress. 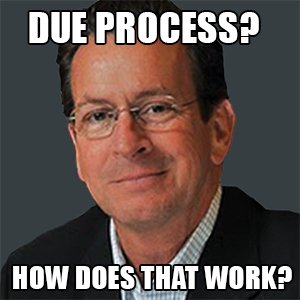