Deputy in video has African-American girlfriend?

Well this throws a wrench into the liberal narrative that racism might be behind the arrest of a student in South Carolina. The school resource officer seen on tape— Deputy Ben Fields — reportedly has an African-American girlfriend:

Flashback. We’ve paraphrased our title from this epic poston now-deleted tweets from Twitchy regular Ferrari Sheppard who wrote, upon seeing that three of the officers arrested over the death of Freddie Gray were black, that:

The mugshots of the 6 officers tell a complex tale of white supremacy.

It needs to be understood that people of color can enforce and uphold white supremacy.

See how liberals work? The fact that Fields is dating a black woman doesn’t really matter. He can still be a racist, no matter what he does:

So Deputy Fields is like a slaveholder now? Unbelievable. More commentary: 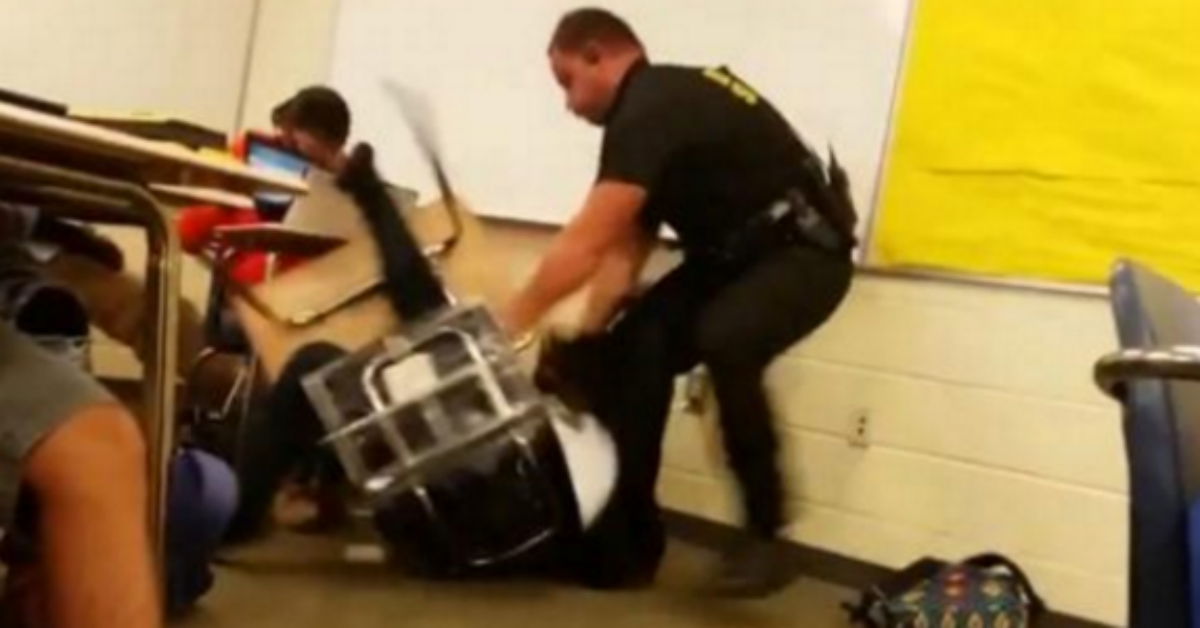 Previous Post: These Parents Couldn’t Find Their Daughters Dresses With Trucks And Dinosaurs On So They Designed Their Own
Next Post: It Turns Out That A Lot Of Animals Happen To Look Like Food…