Though a spokesman for theIranian Revolutionary Guard denied that Iran was conducting naval drills at thetime, an unclassified video released in January shows Iran firing rockets within 1,500 yards of two U.S. ships, an incident one spokesman called “highly provocative.”

Also highly provocative was the capture and arrest of 10 U.S. sailors, who were released after a publicity photo shoot with rifles to their heads and a night in prison. Secretary of State John Kerry later said how “appreciative” he was of the sailors’ humane treatment and the“testament” to the power of diplomacy that was their safe release.

If any of that bothers you, don’t let it. Energy Secretary Ernest Moniz says that the Iran deal is working. No nuke, no foul, right?

Let’s not get hung up on a $50 billion rounding error. 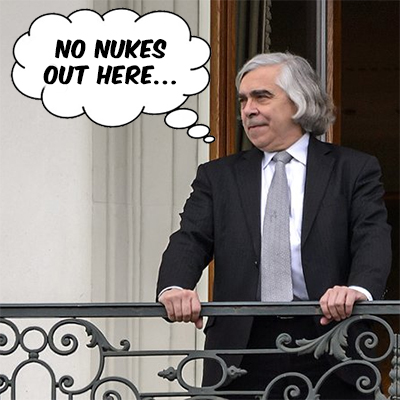 Previous Post: My Phone Can Be A Real Jerk Sometimes…
Next Post: ‘This is awesome’: Family makes clever alterations to Ray Rice jersey