He Was The Greatest Surgeon Of His Time, But His Operations Had Astounding Death Rates

Today, many surgeries are considered to be relatively minor medical procedures. When you show up at the hospital, it’s a safe statistical assumption that you’re going to leave that place alive.
googletag.cmd.push(function() { googletag.display(‘VN_PG_DCBP_ATF’); });

However, that wasn’t always the case. Surgery used to be quite dangerous, and not always just for the patient, as the story of Scottish surgeon Robert Liston will demonstrate…

During his career Liston was known as a surgeon with “the fastest knife in the West End. He could amputate a leg in 2.5 minutes.”

Now, I know what you’re thinking. That’s barbaric! Why would anyone want to brag about this? But remember, this was before modern anesthesia. When someone needed a limb amputated, you wanted it done quickly. A surgeon who took their time with amputations meant much more pain and suffering for the patient.

However, Liston’s speed during surgery wasn’t without the occasional drawback…

Toward the end of his career, Liston performed an amputation with an astounding 300% mortality rate.

First, Liston removed the leg of the patient in about two minutes. The patient later died of gangrene (as was common at the time). However, during the surgery, Liston also managed to remove the fingers of one of his assistants. The assistant ALSO later died of gangrene. Additionally, during the procedure, because of his quick movements, Liston nearly stabbed a bystander who was observing. The man was so frightened by his brush with death he dropped dead of shock.

In a less deadly but still plenty shocking feat of amputation, Liston removed a man’s leg in 2.5 minutes flat. However, in his enthusiasm, he also sliced off the man’s testicles. 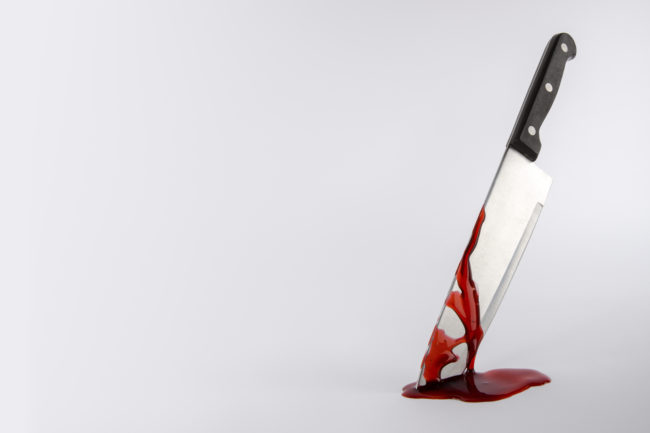 Another strange amputation story from Liston featured a rather swollen tumor on a small boy’s neck.

The boy came to Liston to have it examined. Liston then got into an argument with a fellow surgeon who thought that the boy’s tumor might be a dangerous aneurism of the carotid artery rather than a simple abscess. Liston wouldn’t hear it and shot down the man’s concerns. In his customary style, Liston sliced into the tumor, and lo and behold, it was an aneurism. He managed to cut clean through the carotid artery and the boy died in minutes.

Those stories are honestly terrifying, but then again so was medicine in general back in the 1800s. I wonder if they’ll make a TV show about this guy…