I Wish I Could Talk To The Last Survivors Of These 12 Famous Historical Events.

Hopefully we all get to experience history being made at some point in our lives. However, we can only wish that we’ll see as much as these 12 last survivors of famous historical events. How cool would it be to hang out with #6?! I would have so many questions.

Isaac Smith played a significant role during the golden age of exploration in the 1700s. However, Smith is best known for being the only survivor of Captain Cook’s extremely ill-fated trip to the Southern Pacific Ocean on the HMS Endeavour.

The Potemkim was a Russian battleship during the early 1900s. It became famous when the crew rebelled against their commanding officers as part of the Russian Revolution of 1905. The last living survivor of the Potemkim rebellion was Ivan Beshoff, who died in 1987 at the age of 102.

The Beer Hall Putsch was the attempt of a young Adolf Hitler to start a revolution in Germany with him and his Nazi party at the head. Things went south for the Nazi leader, and he ended up getting arrested and throw in prison.

Among those participants and witnesses to this failed revolution was Emil Klein. He was a member of the Nazi party, and an active participant in World War II. When he died in 2010 at the age of 105, he was the last known witness to this first public display by Hitler.

4.) The First American in Space.

John Glenn became the first American pilot to orbit the Earth in 1962. Glenn is still alive today at the age of 93, and is the only surviving member of the original Mercury Seven.

5.) Sinking of the Titanic.

Millvina Dean was the last remaining survivor of the sinking of the Titanic. Dean held this and one other record related to the Titanic in her life. When the ship left port for the last time, she was the youngest person on the ship, at the age of just two months. She passed away on May 31, 2009. 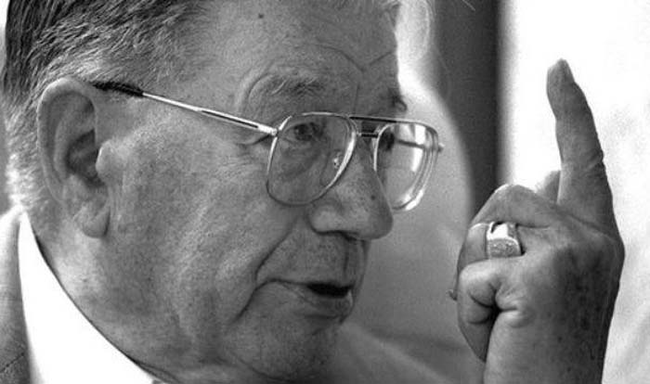 Josef Felder was a young politician in Weimar Germany when he had to cast one of the most controversial votes of his life. Felder had to vote on the law that could allow Hitler and his Nazi party to seize power in Germany.

Felder voted against it in 1933. As a result, he was sent to a concentration camp, but survived. When he passed away, he was the last of the 94 legislators who were brave enough to vote against the Nazi party.

Eliza Moore was born into slavery in 1843. Moore lived through the Civil War in her home state of Alabama, and died as a free woman in 1948 at the age of 105.

In 1934, when Maudie Hopkins was only 19, she married William M. Cantrell, who was 86 at the time and a Civil War veteran. I know it sounds bizarre, but it was fairly common for young women to marry and care for old Confederate pensioners in the South.

Mikhail Krichevsky was a Ukrainian man serving in Russia’s imperial army during the first World War. When Krichevsky died, at the age of 111 in 2008, he was the last survivor of Russia’s old Tsarist army.

Francisco Varallo was never the world’s greatest soccer player. However, he went down in history for being the last survivor of the inaugural FIFA World Cup of 1930. Varallo played for Argentina that year, and had a good showing, despite his team not making it to the finals.

Nicolas Savin was a French soldier. He claimed to be one of the last survivors of the French Revolution and Napoleonic Wars.

These stories are fantastic. Can you imagine being one of the last people to oppose the Nazi takeover of Germany? That had to be such an intense burden to carry at the time. Not to mention the nerves that go into making a decision like that.

Previous Post: What? What Do You Want?
Next Post: Why We Should Be Afraid Of Robots. No, Seriously. We Should Be.