Former Secretary of State Madeleine Albright, who served in that position during the presidency of Hillary Clinton’s husband, had a stern warning for women who fall out of liberal lock-step:

And by “help each other,” Albright means “vote for Hillary Clinton”:

But it was also on a cup, so no biggie:

The quote just needs the word “liberal” in front of “women” in order to more accurately convey Albright’s intent. 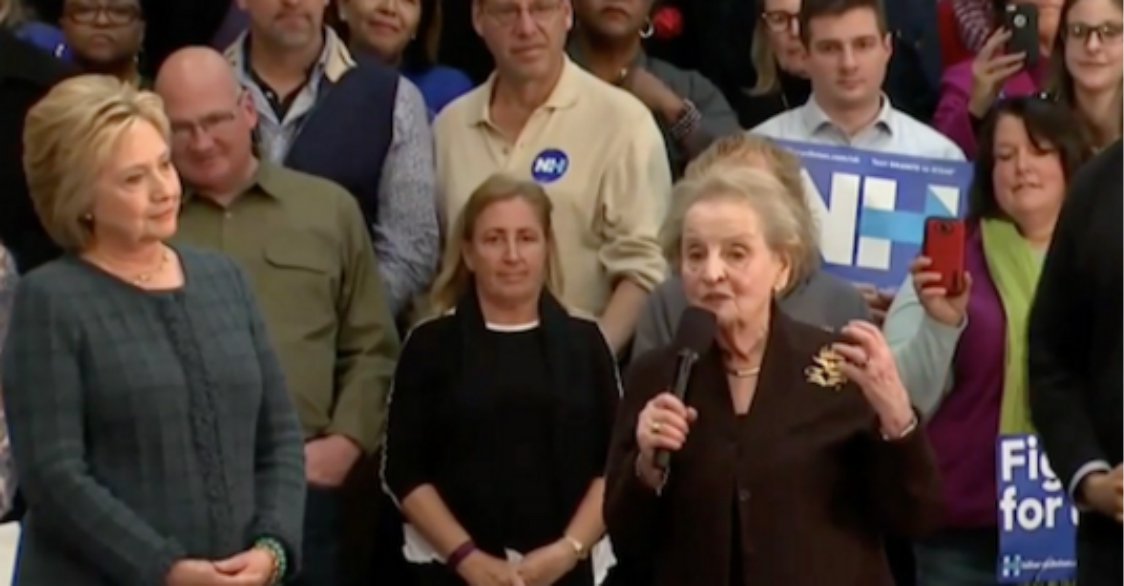 Previous Post: I Went To Babies R Us To Get My Sister A Gift
Next Post: ‘Cruzed’! Cruz crushes Hagel; Chuck Todd, other lapdogs slam Cruz