That’s Not A Storm Ready To Terrorize A Rural Area. It’s Way, Way, Way Better Than That.

Look to the sky. What would you do if you saw a churning, moving mass floating above your head? What if the sky was filled with small bodies, all beautifully and inexplicably moving as if they were one? If you’re anything like me, then you would probably have a small heart attack. The sight would almost be too beautiful and strange to process. If you have ever seen a starling murmuration in person, then you’d know that the display of these flocking birds is a wondrous and awesome sight to behold. A murmuration is when hundreds of starlings flock together, moving in unison. It sounds boring, but when you see it, it’s nothing but.

It’s hard to understand exactly why or how starlings flock together in such incredible fashion.

Until recently, even scientists weren’t sure why these birds flew in such a mind-bending way.

As it turns out, the little creatures “best described with equations of “critical transitions” — systems that are poised to tip, to be almost instantly and completely transformed, like metals becoming magnetized or liquid turning to gas.”

Each starling is connected to the other starlings. When one bird moves, his neighbor does, too.

On such a large scale, that simple principle looks incredible. 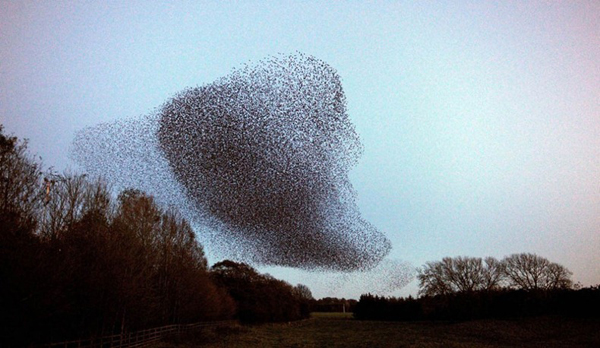 Or an alien invasion…

But really, it’s just a lot of little birds, all flying in unison. 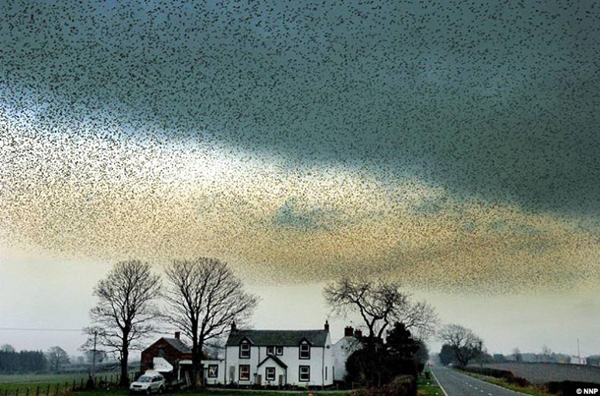 You have to see this for yourself.

No matter how many explanations you read, you’ll be left feeling pretty stunned.

I’ve never been so shocked by birds before. 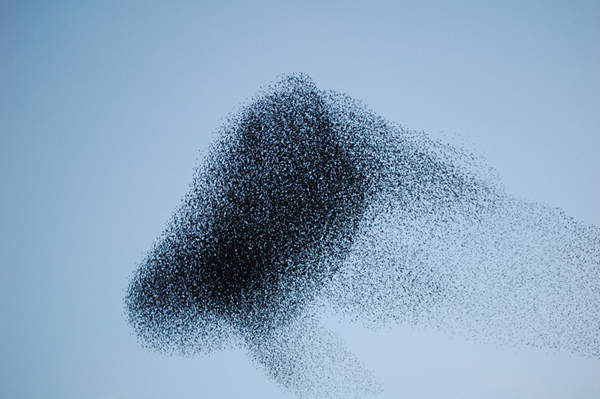 Murmurations of starlings usually happen in the fall, signaling the arrival of winter. The flocking birds can reach a speed of 20mph, which looks stunning overhead. To see it for yourself, watch the video below: See what I mean? It’s just a flock of birds… but it’s incredible. Via Amusing Planet Share this awesome part of Mother Nature with others.

Previous Post: Ready To Give Up On Life? What These Celebs Are Paying $800 For Will Certainly Help
Next Post: 11 Awesome Brands For Plus-Size Workout Clothes