A Camera Fell Out Of An Airplane And Was Found 8 Months Later. You Have To See What It Captured.

A Go Pro camera is a special kind of video camera that is made specifically for sports. It can capture fast movements in slow motion, there is stability control and it’s durable. Although, until recently, I didn’t realize just HOW durable it was. A group took their Go Pro with them on a small plane. It seems that these friends were about to go sky diving… when, all of the sudden, they dropped their camera.

Everything started out fine, they had a great view. 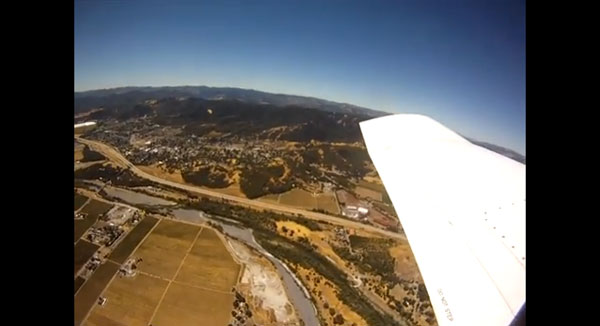 But, right before the jump…

The Go Pro went spinning out of the plane, miraculously filming everything as it fell. Then, it landed. You have to see what it captured after returning to earth:

Best video ending ever. Even more miraculous than the surprise cameo at the end? This camera was found, completely intact, 8 months after being dropped.

Previous Post: ‘Wait, Trump’s against’ this? Donald reveals REAL reason he swore off FNC debate
Next Post: Book In My Hand: Kunzang Choden