The city of Pripyat, located in northern Ukraine, was founded in 1970, and was one of the “nuclear cities” of the Soviet Union and served as home for the workers of the Chernobyl Nuclear Power Plant. At its height, it had a population of almost 50,000. Then, in April of 1986, the city was evacuated following the disaster that released radiation from the power plant. Due to high levels of radiation, the city has been abandoned ever since, and remains in the Chernobyl Exclusion Zone, where radiation levels are, to this day, too high for safe habitation by humans, though some people do live there.

Pripyat, closest to the plant, remains uninhabited, and because the evacuation was immediate, the residents were forced to leave much of their belongings behind. The result is an eerie, abandoned place full of the remnants of its former life, including a never-used amusement park. It’s become synonymous with “creepy,”and was featured in the S.T.A.L.K.E.R. video games.

However, nearly 30 years after the disaster, nature is reclaiming the city, while efforts are still being made by humans to clean up the site. These photos show what is perhaps a softer side of Pripyat, one less locked into the tragic past and looking more towards a new beginning, as nature uses the structures of the past as the foundations for new life. 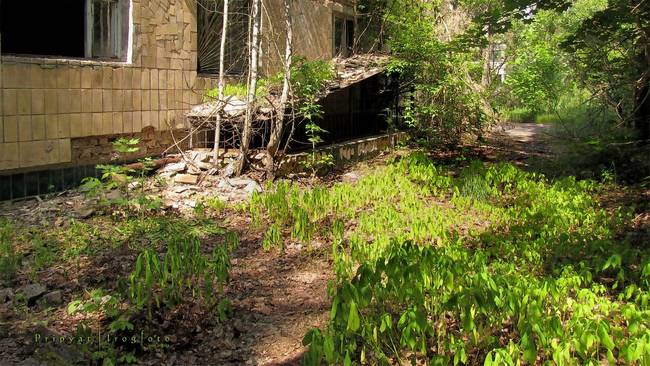 Igor Lishilenko Nature is pretty amazing in that even in the face of disaster, it manages to renew itself again and again. 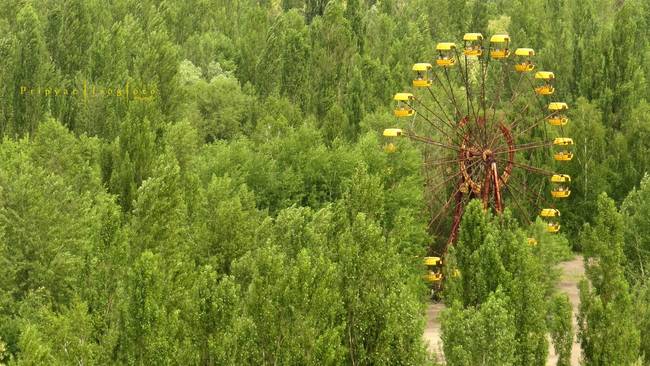 Igor Lishilenko The ferris wheel from the amusement park, which was completed shortly before the disaster, and never used.

Igor Lishilenko Trees grow up from the floors…

Igor Lishilenko …and on the rooftops. The moss, however, is known for absorbing high levels of radiation. 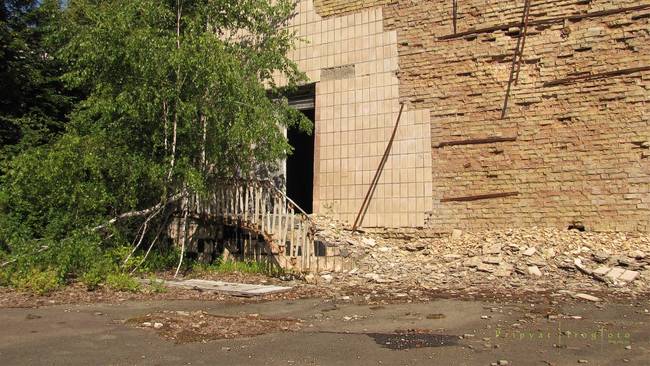 Igor Lishilenko A tree grows near a billboard. 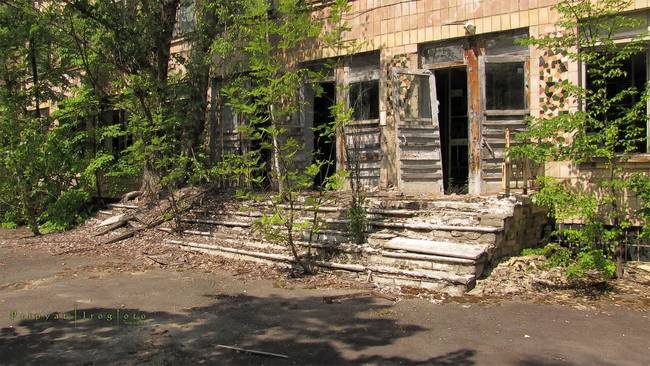 It will likely be a long time until this place is suitable for humans to live in. Until then, it serves as a place of research on radiation and its effects on the natural world.

Previous Post: Time To Choose A Side Wade…
Next Post: D’Oh! DNC tries to jump on Ryan Dish-gate bandwagon after it was debunked