Barilla was admitted to a veterinary clinic not knowing if she’d live or die.

She was starved so severely that doctors didn’t think she would make it. They named her Barilla — after the spaghetti brand — because she was so thin. They knew that organ failure was possible at any moment, so they worked quickly to save her life.

When Barilla was admitted, she weighed only 16 pounds and had marks on her legs because she had to drag herself around. She was so weak that she couldn’t even stand.

They hooked her up to an IV drip for hydration and gave her some food.

They also gave her a special harness that helped her gradually regain muscle and build strength at her own pace. 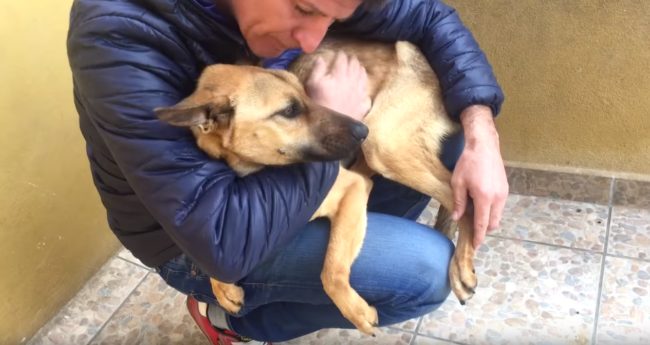 Since the start of her lengthy rehabilitation, Barilla has gained enough weight and built enough muscle to stand on her own and play around with her new human!

To learn more about Barilla’s incredible recovery, check this out.

The inspiring pooch was adopted by the clinic’s owner and is now living a wonderful life. This story started with tragedy and ended with the happiness and love that Barilla always deserved.

Previous Post: It’s Actually Possible
Next Post: John Kerry to honor lunatic who praised terrorism against US and Israel