Socialists, it seems, are quite adept at convincing the masses to share their money. Here’s what Bernie Sanders has raised — primarily from small donors — since his blowout victory in New Hampshire on Tuesday:

Or, to put it in numbers Hillary Clinton can understand, if Sanders does hit $7,000,000, this is over 30 speeches she’ll have to give at Goldman Sachs or other Wall Street firms at her going rate of $225,000 per speech.

Sanders’ small-dollar contributors also means they haven’t maxed out and can continue to give. And give. And give some more. Hillary Clinton doesn’t have that among her donors:

It gets worse, Hillary … not better:

That would be Tim Tagaris who politicos will remember for his work helping Ned Lamont defeat incumbent Democrat Joe Lieberman in his 2006 primary election for the Senate:

And now he’s doing it again. 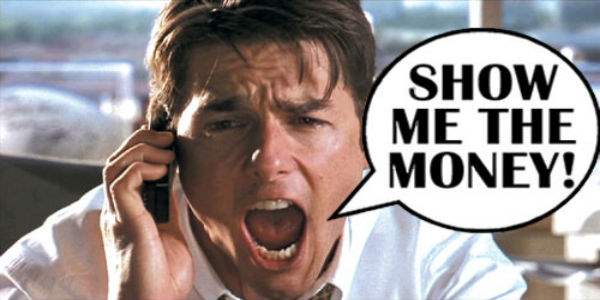 Previous Post: Life After Debt
Next Post: When This Dog Went To Fetch A Treat, He Never Expected This Hardship