It’s official, there is no bigger drama queen than the Daily Kos.

And we thought Tom Perez was bad. Sheesh.

So does that mean every time Democrats vote to give Planned Parenthood more money that they’re voting to sentence millions of Americans to die? Is that how this works, drama queens?

@dailykos If #Obamacare is repealed I lose my immortality? Damn it!

Well and clearly we were somehow all immortal under Obamacare:

Under Obamacare, Americans were immortal. https://t.co/ONdEKhg1oA 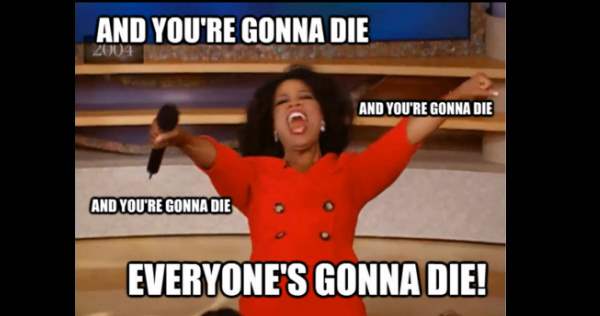