It’s no secret that the nobility of ancient Europe had some controversial ways of amusing themselves. Everything from throwing giant parties to torturing and killing peasants was fair game. While the latter of those two sounds pretty brutal, just wait until you hear about Fox Tossing.

Fox Tossing was a game played throughout Europe in the 17th and 18th centuries by members of the nobility. It was particularly popular in present-day Germany. 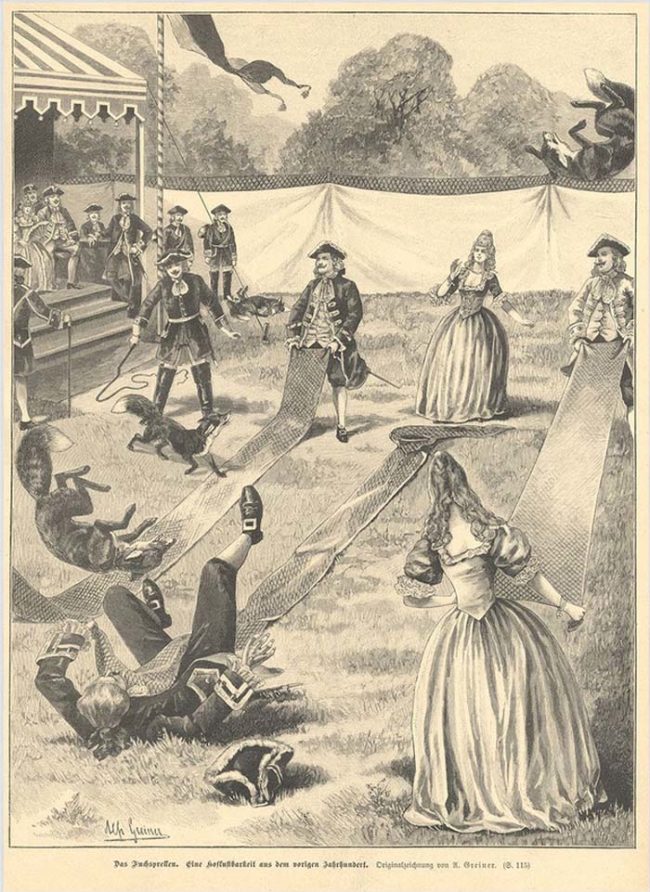 The rules of the game were simple: first, the participants paired off into teams of two. Each team member held one end of a sling that was laid out on the ground. 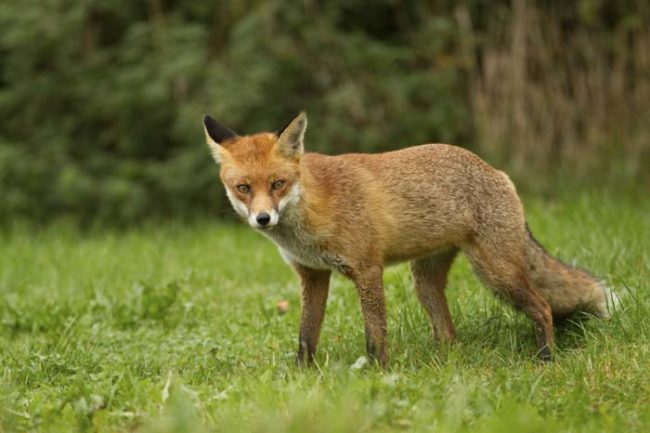 That’s when the foxes (or other small creatures) were driven into the play area. Then, when the foxes walked over the slings, the participants caught them and catapulted them into the air. 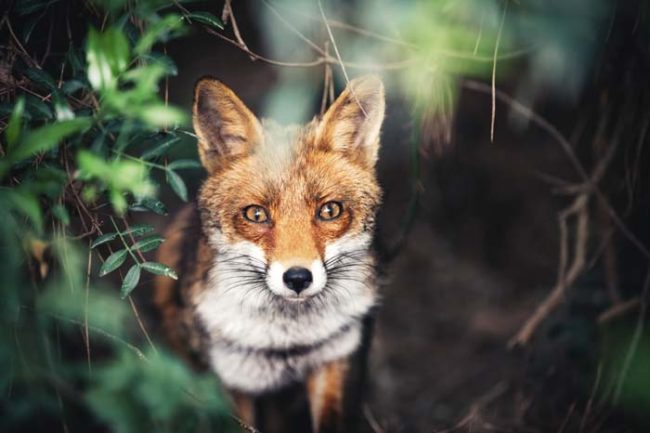 An experienced player could toss a fox as high as 24 feet in the air. While this might have been amusing for the leaders of Europe, it was almost always deadly for the animals. 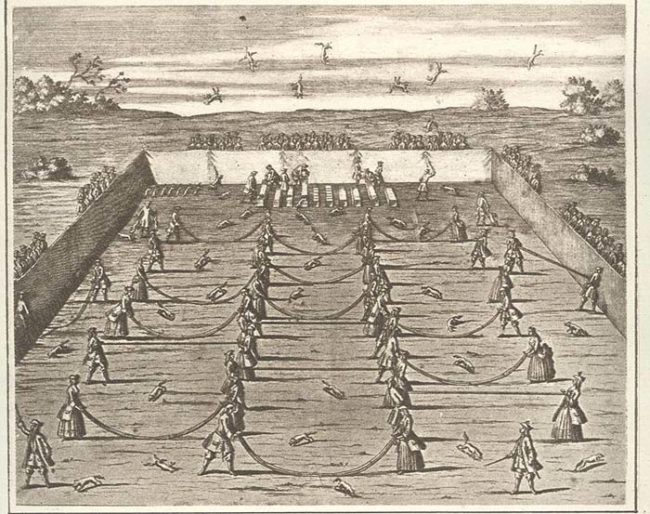 For example, Augustus II the Strong — the King of Poland and Elector of Saxony — once held a formal tossing banquet. During the event, 647 foxes, 533 hares, 34 badgers, and 21 wildcats were tossed and killed. 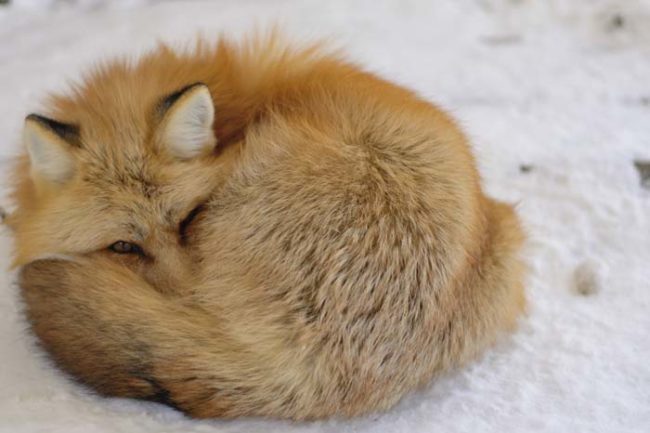 Luckily, this brutal pseudo-sport died out long ago. Can you just imagine someone trying to bring this practice back today? They’d be arrested in a heartbeat.