No, Lil Wayne did not endorse Romney 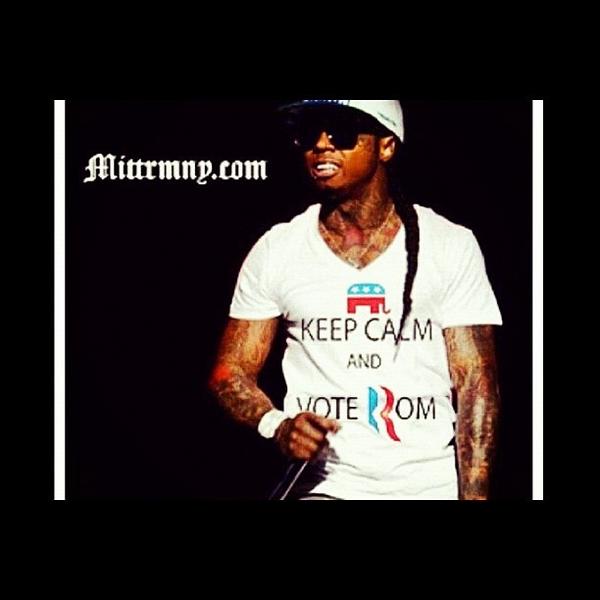 The website referenced in the image — clearly a Photoshop job — is a pro-Romney t-shirt store.

A clever (but deceitful) marketing ploy!

And it’s working. Many fans (Democrats and Republicans alike) are taking this “endorsement” seriously:

even lil wayne voted for romney

When lil Wayne is supporting Romney you know Obama fucked up.

Lil wayne voted for mitt romney though , never will i listen to his music again . fucking bitch ! .

Is Lil wayne HIGH or what ? Voting for Romney WTF !

Lil wayne voted for mitt Romney though , never will i listen to his music again . Fuckin bitch ! .

I love the fact that lil Wayne is voting for Romney! #Election2012 🇺🇸 made my day! 😃