Hisone-year deadline to close the detention facility at Guantanamo Bay, Cuba has long passed, obviously, but President Obama has ramped up his search for a site for “Guantanamo North.” However, Governors Sam Brownback and Nikki Haley co-signed a letter toDefense Secretary Ash Cartertelling him that any plan to move prisoners from Gitmo to Fort Leavenworth orJoint Base Charleston was both unwelcome and illegal.

The Pentagon’s search team then headed to Colorado to tourthe Federal Correctional Complex in Florence and the state penitentiary in Canon City. That has resulted in a letter to President Obama signed by the attorneys general of all three states arguing the legality of transferring Gitmo prisoners to the United States.

“Moving detainees to the mainland will create imminent danger and make the communities where they are placed targets, which is precisely what the restrictive language enacted by Congress is designed to prevent,” they write, continuing, “Recent attacks in France, Egypt, Lebanon and elsewhere underscore the risk your illegal action would bring to our states.

“Your proposed action denigrates the Constitution and defies the rule of law.”

Expect the president to turn a deaf ear to both the governors and attorneys general as he pursues his plan to admit more Syrian refugees, but the attorneys general have found an ally in new House Speaker Paul Ryan. 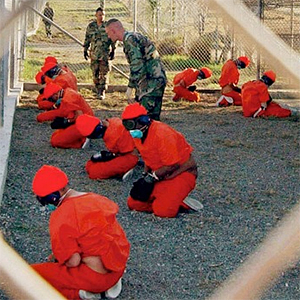