Residents of This Hawaiian Town Are Not Loving a Local Lava Flow Post-Eruption.

Over the summer, the Hawaiian town of Pahoa saw an eruption from one of the island’s most active volcanoes, Kilauea. While it isn’t anything out of the ordinary for the residents of Big Island, the path of the 2,000-degree lava has taken a different turn this time.

This week, the flow began entering neighborhood areas as it inches closer to people’s homes.

As of Monday (10/27), the flow was heading toward the Pahoa Village Rd. near the town’s post office. 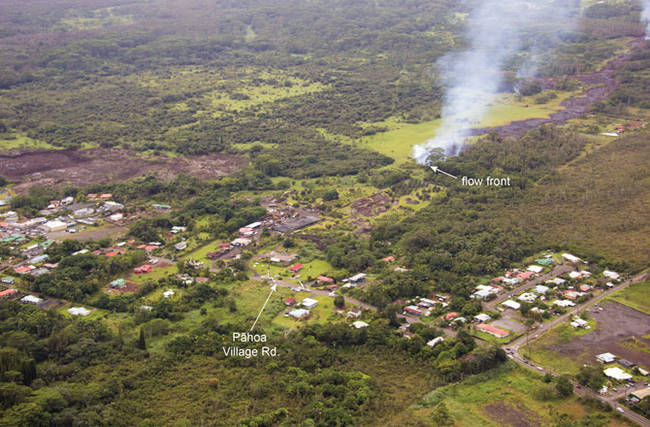 The flow usually drifts toward the ocean, but took a very different path this time. 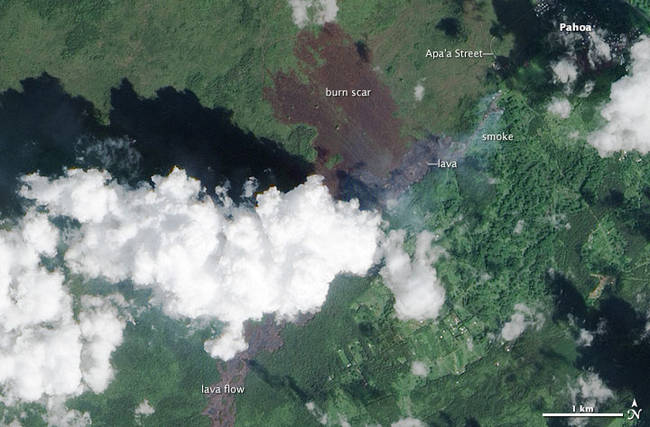 Scientists from the Hawaiian Volcano Observatory have been carefully observing the flow since it began over the summer.

Nearly 1,000 people currently live in the town of Pahoa on Hawaii’s Big Island. 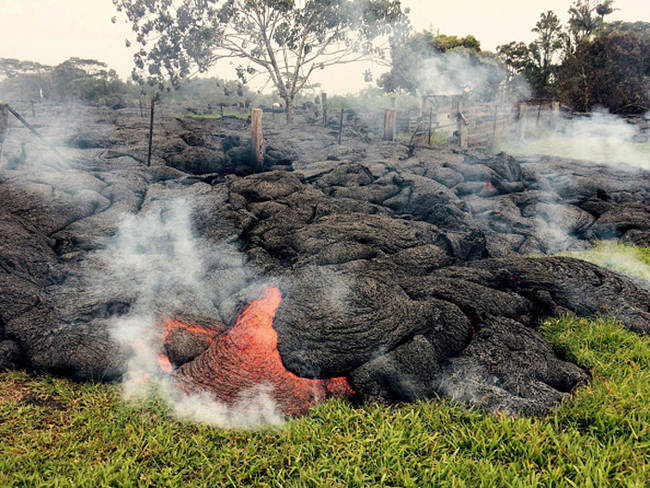 The flow began tearing through vegetation and approaching the property boundaries on Tuesday (10/28). 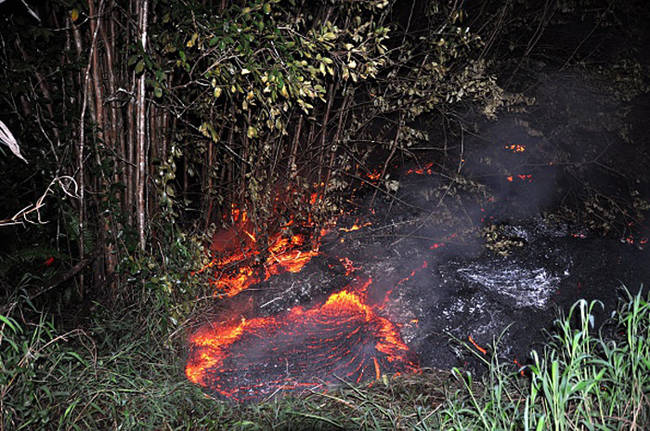 The flow of lava in this photo is moving from right to left across a road. 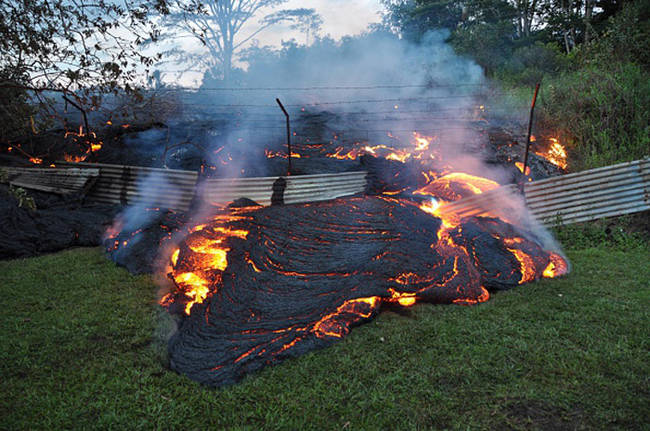 Residents have been evacuated from homes and now slowly (very slowly) wait for the lava to do its damage. They don’t have any other choice but to watch from afar as it destroys the houses and businesses.

Previous Post: Britney Spears Lost A Chunk Of Hair During A Show But Kept On Dancing…
Next Post: Hillary heads to Iowa for the annual Harkin Steak Fry