Sen. Rand Paul’s hair more libertarian than he is

Iowa was the place to be today if you happen to be running for president, and Sen. Rand Paul found himself observing Martin Luther King Jr. Day at Platinum Kutz in Des Moines and taking questions from clients. He was also treated to a version of the national anthem; we really wish this clip lasted longer:

Reporters on the scene suggest that criminal justice reform was among the hot topics.

We’d say go for it, but apparently Paul’s hair governs him and not the other way around.

It looks like he had hisaide get his head shaved, though, so as not to be a bad customer. 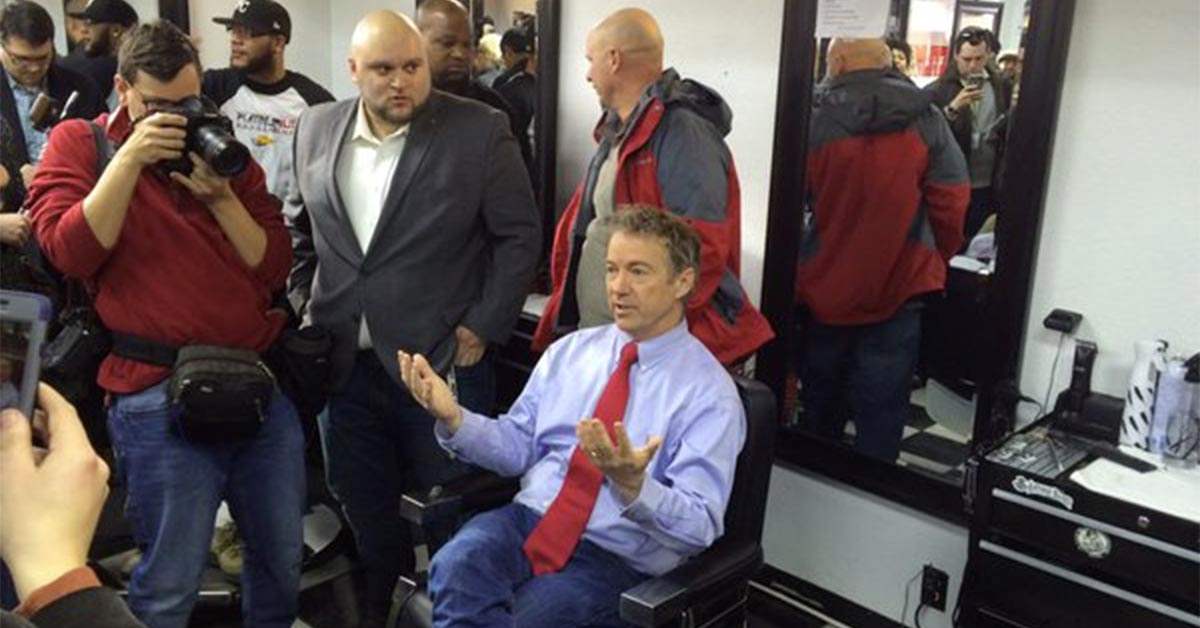 Previous Post: This Desert In Australia Is Normally Arid, But A Recent Downpour Transformed It
Next Post: If You Think This Has A Happy Ending…