She Was Mocked By A Gym Employee. Her Revenge? Losing 200lbs.

Kathleen Riser, a retired teacher, was overweight. She struggled with it daily until she finally got the courage to go to the gym. Once she was there, she lived the personal nightmare of millions of Americans.

What happened? Not long into her visit she overheard a trainer say: “There’s another one who will break our equipment,” pointing at her 350-plus pound frame.

The words of that trainer cut her to her core. They were cruel, but even worse, she felt they were true. The insult motivated her like nothing else. She worked hard for 2.5 years and now? She’s a different woman. In fact, this 54 year-old has lost 200lbs. The reason why she was pushed to change?

Check out her life changing story below. You’ll be glad you did.

For years Riser avoided gyms out of sheer embarrassment. “I hadn’t been to a gym since I was in college, and every time I try to get enrolled I would feel uncomfortable. I would feel like people were watching.”

Her downward spiral began during her years as a middle school teacher and band director. Dedicated to teaching her students and molding them into responsible teenagers, she neglected her own well being in favor of focusing on them. “Every morning it was a McDonald’s sausage biscuit or fast-food breakfast,” she said. “I ate a lot of French fries, and a bunch of white bread. Really I was just a constant eater.” 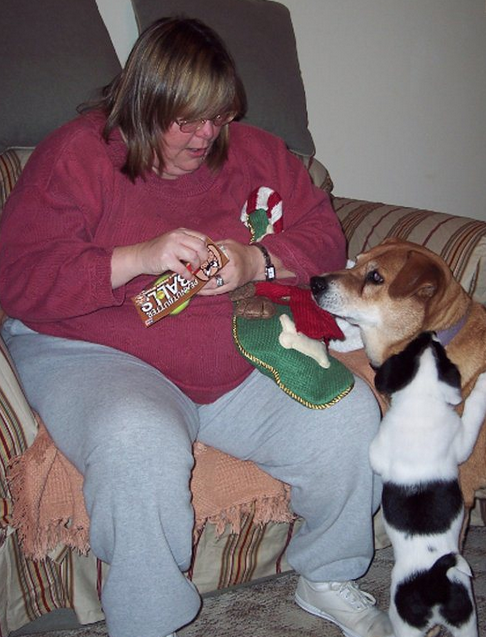 When she finally had enough after hearing the gym trainer’s comment, and the fact that she couldn’t make it up the school stairs, Riser decided to make a change. She joined a judgment-free gym, found an accountability group, and hired Shaun Lloyd, her personal trainer. Together, they completely changed her diet and had her working out 6 days a week.

Now, after two and half years of dedication, she weighs in at 180lbs. Considering at her height, she weighed 383lbs (as you can see by these insane sweatpants) those 200lbs have truly melted away. Indeed, this 5’4″ (now retiree) has exchanged her 42W clothing for a size 18. 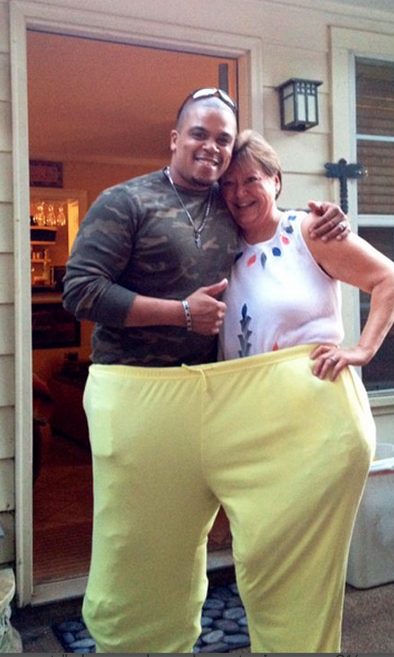 Riser continues to workout to this day and expects to hit her target weight by the end of the year. With all that added energy, she is now able to spend time caring for her two ailing parents who are both fighting diseases. “My father has cancer, and my mother has dementia,” she said. “And now I have the energy and strength to help my father get up and down. That’s definitely been important.”

While her story is truly amazing, we can only hope that it inspires those among us who believe it’s too late for a change in their lives. As Riser herself said, “People say that when you get older, it’s harder to lose weight, or that I was always going to be large. It became one of my inspirations to prove people wrong.”

Together, we can change that opinion by sharing this story with people using the buttons below. Even if we only help one person, it’s a miracle we can all be happy about.

Previous Post: U.N. Climate Chief Pachauri Resigns Over Sexual Harassment Allegations
Next Post: Look At All The Books I Got At The Bookstore