The War Never Ended At These 8 Most Haunted Battlefields From Around The World.

War is hell. Sometimes the devastation and misery left behind by war continues on in the spirit world after the fighting stops. This would explain a bit about these 8 most haunted battlefields from around the world.

Fort Meigs played a prominent role in the War of 1812. General William Henry Harrison held it against British forces for over a year. After the war, the fort was abandoned and burned to the ground.

In 1974, the fort was rebuilt and visitors reported strange sights and sounds. The bodies of 500 American, British, and Indian soldiers are allegedly buried somewhere on the fort grounds. Visitors to the fort report hearing footsteps and seeing strange apparitions. 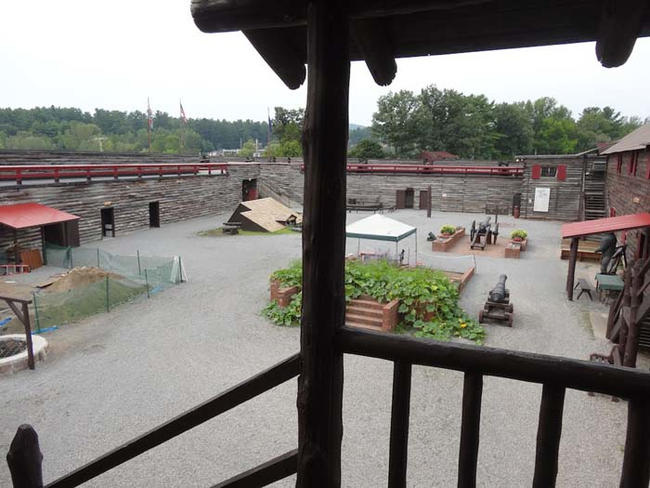 This fort in upstate New York on the shore of Lake George is notorious for its paranormal activity. For years, there were many reports of lights turning on and off, unexplained footsteps, and the sound of wind chimes.

During the French and Indian War, a massacre of Indian soldiers by British forces allegedly took place at the fort. This might explain the spooky happenings.

This abbey was built after the Battle of Hastings in 1066 when King Harold II was defeated by the invading Duke of Normandy. The altar in the abbey is supposedly built on top of the site where Harold was killed.

Since then, the abbey was the site of a host of unexplained paranormal activities. There are some reports of the altar actually bleeding, and ghostly monks walking the grounds.

Four thousand royalist soldiers were killed at the Battle of Marston Moor During the first English Civil War. The Parliamentarians led by Oliver Cromwell were victorious.

The area is still “haunted” by some of those slain troops. Residents on many occasions reported seeing medieval soldiers marching along the roads near the battlefield.

This Civil War battle is considered one of the bloodiest in American history. Confederate forces decimated Union troops here. As you might imagine, the battlefield is also quite haunted. There are regular reports of the sounds of gun and cannon fire in the local newspaper, as well as the smell of gunpowder in many places.

In 1942, Operation Jubilee was a precursor to the D-Day Invasion meant to test the feasibility of a full-scale mainland France invasion. It was a disaster. The Allies lost almost 4,000 soldiers, from when the invasion began at 5 am, to when the finally retreated at 2 pm.

The creepy part came years later when a couple vacationed near the site of the failed invasion. One morning at 4 am, they awoke to the sound of gun fire and shouting. They wrote down what they heard for the next three hours. According to historians, their account of the voices almost perfectly matched the account of the invasion of Operation Jubilee.

7.) The Battle of Little Big Horn.

Also known as Custer’s Last Stand, the Battle of Little Big Horn was a turning point in the Great Sioux War of 1876. Custer led his men into a slaughter against the Native Americans and there were no survivors on his side.

Visitors to the site continually report the strong smell of gunpowder and the sounds of rifle fire. Some even said they’ve seen ghostly figures reenacting the battle.

Even 140 years later, most people visiting Gettysburg see something spooky. Many report seeing soldiers marching on the former battlefield. The spirits of dead soldiers also haunt some of the surrounding buildings. Visitors and residents report strange knocks on their doors, and lights switching on and off.

They would probably make for good ghost road trips before Halloween. Still, you would have to bribe me quite a bit to get me anywhere near most of these place. Ghosts scare the heck out of me.

Previous Post: Which ‘best dad in the world’ was Laura Ingraham with at Final Four game? [pic]
Next Post: No, Gaza Was Not Flooded By Israel Opening “The Dams”