These 10 People Went To Extreme Measures To Get Revenge After A Divorce. OUCHHHH.

Going through a divorce is a difficult time for anyone. It can bring out the worst in otherwise kind and generous people. Being so full of hurt isn’t good for anyone, which is why these 10 couples going through a divorce decided to do something about it. They got revenge. It was totally weird, but totally awesome. Passive aggression is for the birds.

1.) One man bought the house next door to his wife. Then, he erected this giant middle finger.

2.) When making her divorce payment, this wife submitted it on time. Entirely in pennies.

3.) For her birthday, this ex-wife received a 20 ton boulder with the message “Happy birthday, Isa XX” written on it. Her mayor ex-husband is pretty creative. 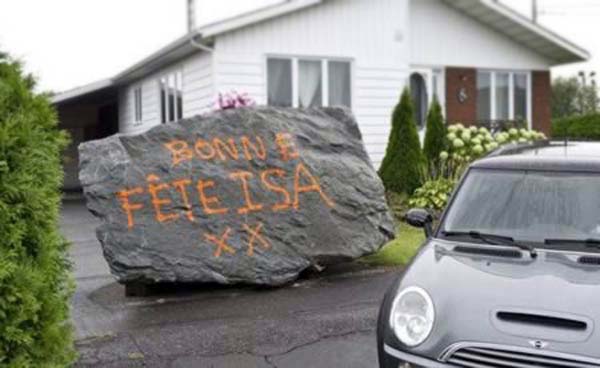 4.) Kevin Cotter used his ex-wife’s wedding dress in over 100 awesome ways. Someone take this man to dinner. 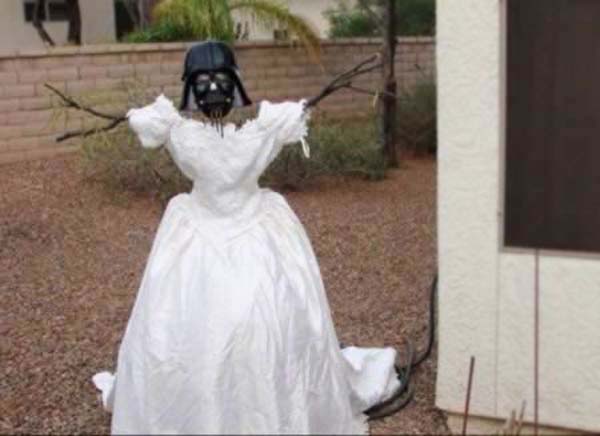 5.) This guy left a FAKE bomb in his ex-wife’s kitchen after an argument. He was later arrested at nearby Burger King. 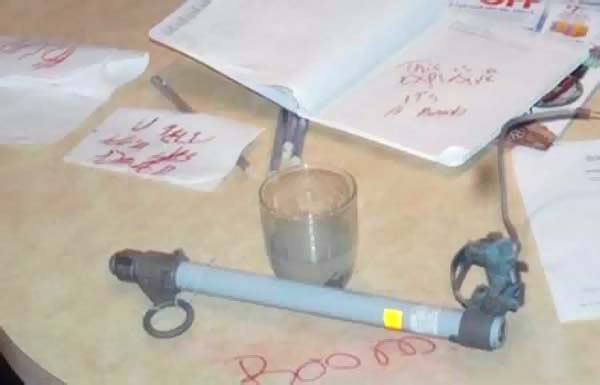 6.) After his soon-to-be ex-wife filed for divorce, this husband filled her hot tub with manure. Police then chased Rene Daniel away on his tractor. 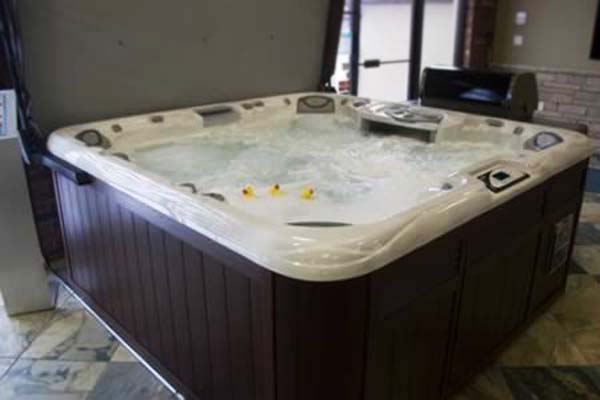 7.) The Taubs were granted a divorce after divorce after six years of litigation and hundreds of thousands of dollars. Neither of them wanted to give up their fancy NYC house, so they just built a wall, splitting it in two. 8.) A Serb farmer had to give his wife equal share of everything in the divorce, so he used a grinder to cut everything in half… even his tractor.

9.) After New Zealander Rebecca Gibbs got a divorce, she built a homemade rocket and sent it into space… along with her wedding ring.

10.) A scorned husband Robin Baker and father of three hung this banner outside of his home. It read: Woman you stripped this house bare. I proved you a liar in court. Your getting **** all. 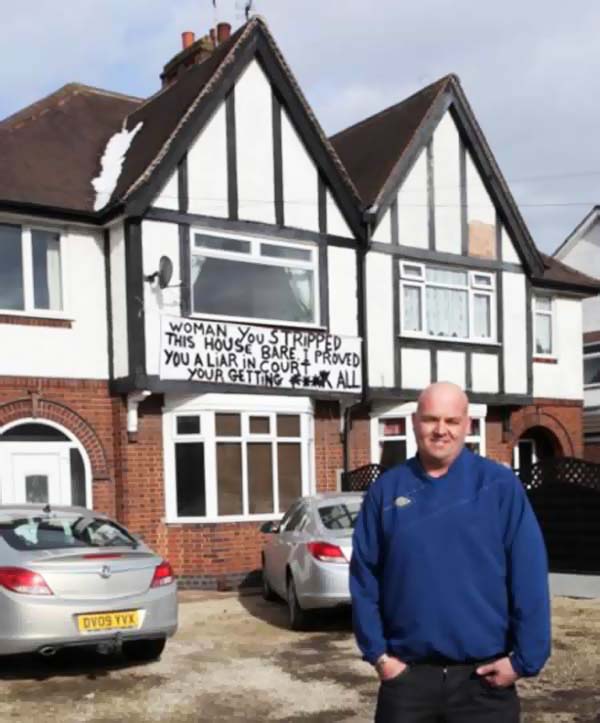 (H/T Oddee) It’s best if we can learn to control our anger, but sometimes, after so much hardship it’s just impossible. Resorting to violence is never the answer, but maybe what these scorned husbands and wives did wasn’t too bad? I’ll let you decide. Share these acts of divorce revenge with others by clicking the button below.

Previous Post: Navy Ship Getting Into The Water
Next Post: A Bathtub For Two, That Overflows Into The Shower