These 14 Crazy Churches Are Anything But Traditional. You’ll Love Them.

Lots of people go to church, and churches can be found almost everywhere. Often, they’re reflective of the cultures that built them, as well as of their time periods and natural surroundings. They can range from towering stone cathedrals with intricate ornamentation to plain and simple farmhouse-style chapels, churches serve as community meeting places where their members can go to feel comfort and togetherness. They also physically reflect their community’s values and stand as symbols of societal change.

For the most part, churches are pretty straightforward–they’re buildings, they have seating and an area for the sermon leader to speak from. You’ve seen one, you’ve kind of seen them all, right? Wrong.

We’ve gathered thirteen of the wildest churches we could find. These are notable for all kinds of reasons, and span a considerable period of time. Some are operational as churches, while some, namely the older ones, have been named UNESCO heritage sites. All are notable in their sheer weirdness.

UNESCO
One of 11 similar churches, this was created in the 1200s in Ethiopia, at the epicenter of Ethiopian Christianity. Biete Ghiorgis (“House of St. George”) are called “monolithic” churches because they are carved from right from the bedrock. All the floors, ceilings, windows, doors and columns were chiseled right out of the earth. Some have murals inside, and some open down into catacombs and hermit caves.

The Rupestrian Churches of Matera, Italy

UNESCO
This church in Matera, southern Italy, was also carved right out of the hillside, as was the entire community surrounding it. The paintings here were done directly on the stone, and still boast vibrant color eight hundred years later.

Colombia Official Travel Guide
This church is also carved out, but not from stone. This underground cathedral is carved completely from salt, including its altars and religious sculptures. The region had been a salt mine since pre-Columbian times and was converted into a church, and features a devotional sculpture to La Virgen de Guasá, the patron saint of the miners. The church also features pools of water, formerly used in the mining process, that create brilliant reflections of light across the translucent crystals.

Tourisme Bretagne
St. Glidas, named for an Irish monk who settled in France, is not so much carved from a rock as it sits under one on the banks of the Blavet River. It might look precarious, but it’s been fine for five hundred years, so we’re pretty sure you have nothing to worry about. Pretty sure. 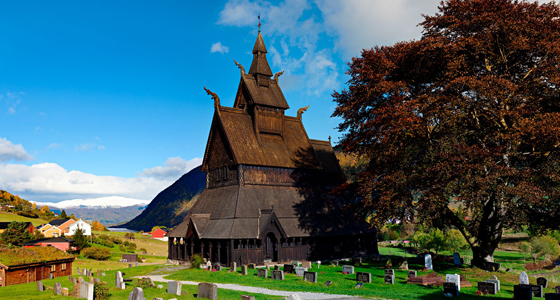 The Society for the Preservation of Norwegian Ancient Monuments
This imposing wooden church was originally built in about 1140, but was restored in 1880 after falling into disrepair. The church, one of several stave churches throughout Norway, features intricate decorative carving inside and out, most of which stem directly from Viking tradition.

Ivane Goliadze for OddityCentral
That’s Georgia the country, mind you. This little church sits all the way up at the top of a naturally-formed 130-foot stone pillar and is accessible only by a rusty, creaking ladder that is known as, and we kid you not, the “stairway to heaven.” We don’t care if it leads to heaven; it sounds terrifying. Weirder still is that a Georgian monk has been living there for more that 20 years, but he’s had more company lately as this site has gained popularity recently. The church itself was built sometime in the 6th and 8th centuries.

Weird U.S.
If you thought the Georgian church seemed small, it’s quite roomy compared to this tiny, non-denominational chapel in upstate New York. It’s located on platform in a lake (not much of an “island” at all), and, with seating for exactly two in its 3-by-6-foot interior, it is the smallest church in the world. Naturally, regular services are not held here, but it ceremonies can be performed there on appointment.

Christchurch Transitional Cathedral
When their original church was damaged in an earthquake, the Christchurch Cathedral made themselves a new home–out of cardboard. This structure is temporary, but it’s not flimsy, nor is it small, and the church has embraced the material’s transient “work-in-progress” nature on a philosophical level as well. But while they’ve embraced cardboard, they decided to go with a triangular shape instead of the obvious box. 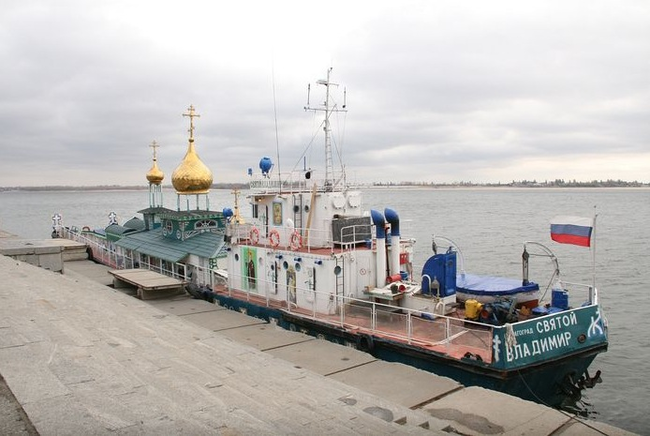 All For You Volgograd
Inaugurated in 2004, this Orthodox church is a boat, and houses a shrine of holy relics of various saints, and people can come on board from the nearby town of Volgograd on the Volga River. Occasionally, the floating church will travel around. We hope the relics are firmly secured.

Church of Our Saviour, New York City, US 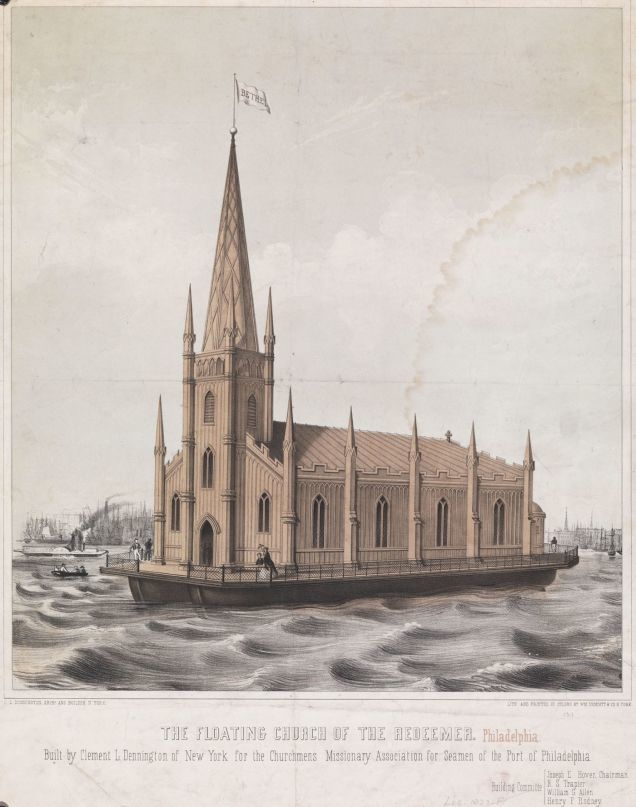 Seamans Church Institute
If you thought a floating church was a new idea, think again! This church was converted from an old ferryboat and was moored at Pike Street on Manhattan’s Lower East Side. And compared to its modern Russian counterpart, it was huge. Look at the lady in the drawing for scale. The church wasn’t operational for more than 24 years, from 1844 to 1868. Maybe the congregants were getting seasick.

InflatableChurch.com
Okay, we know it looks like a bouncy castle, but this inflatable structure, or at least one like it, was actually dedicated by a Church of England minister in 2003. The company that makes these can ship them anywhere, though, if you’re thinking that a church might look nice in your backyard. The product is, admittedly, a bit tongue-in-cheek, but its creator also noted that it would help people have greater access to churches due to its mobile nature. Just be sure to tether it down on windy days.

Dog Mountain
At first glance this looks like any old church in New England, but in this case, it’s not what the church is made of or what it looks like, it’s what it offers that counts. This church was built with the specific intention of focusing on not just humans, but dogs as well. Dogs, and their humans, are welcome inside the chapel and anywhere on its 150-acre property. The chapel serves as a place where people can celebrate the friendship of their dogs, and people are invited to leave photos and notes for their departed canine friends.

Spiegel Online
Built entirely from snow and ice in 2011, this church was constructed to commemorate another snow church built one hundred years before. The 1911 version was more traditional in style, but the updated one features an organic swooping shape that mimics a snow-covered hill. To make one yourself come next winter, you’ll need about 49,000 cubic feet of snow. 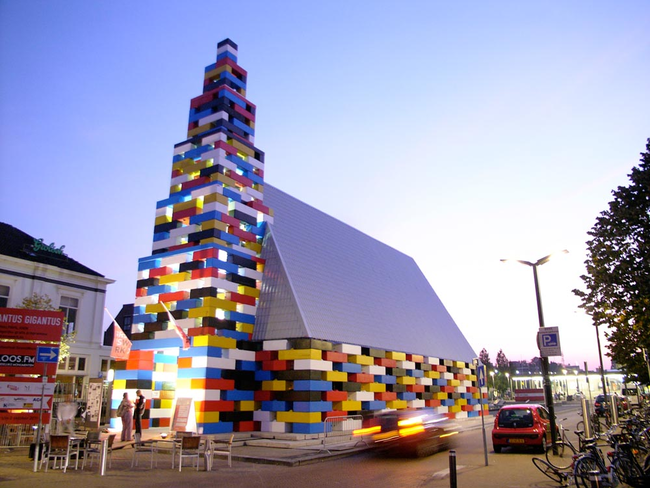 LOOS.FM
Okay, we kinda cheated on this last one. This isn’t really a church. It’s also made of not Legos, but Legos’ big bro, Legioblocks, which are concrete, but Lego-shaped. This was built for the Grenswerk Festival in the Netherlands, and a church shape was chosen because it’s an iconic structure of community and coming together. It was also created to call attention to the versatility of the Legioblocks, which can be used to create all kinds of structures.

Churches have different meanings to different people, but they’ve been around for thousands of years, and they’ll likely stick around for quite a while. And that gives their builders a lot of time to get really creative!