These 9 Prisons Are Tough. Trust Me, You Don’t Want To End Up Here.

No one wants to end up prison. In fact, going to prison is usually the last thing on people’s lists. That being said, if you do end up having to go to prison, please make sure that it’s none of these places.

Just getting a glimpse of these nine toughest prisons on the planet will make you swear off a life of crime for good. (Suddenly, I hope my local gas station doesn’t realize I accidentally stole some gum last week…) 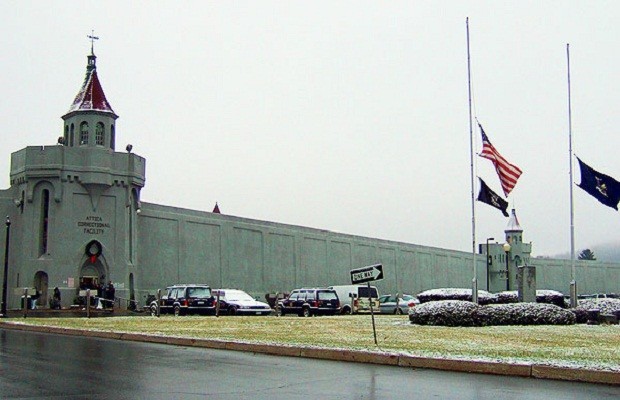 Some of the country’s most famous criminals have passed through the walls of the Attica Correction Facility in upstate New York. Aside from being a tough place just in and of itself, Attica specializing in holding inmates who were trouble makers at other facilities. Just to give you an idea of how serious Attica is, they have a tear gas system installed in the cafeteria, and it’s been used several times over the years.

Officially known as Kwan-li-so No. 22, Camp 22 is a political prison camp. It’s essentially a concentration camp completely cut off from the rest of the world. Inmates and sometimes even their families are subject to lifelong sentences here for petty crimes. According to the latest estimates, Camp 22 has at least 50,000 inmates.

Despite being officially close, the Carandiru Penitentiary located in San Paulo, Brazil still ranks among the toughest prisons in the world. It opened in 1920. At it’s highest point the facility was home to 8,000 inmates before it shut down in 2002. In 1992 a riot resulted in deaths of 111 inmates. The facility also had a major problem with the rampant spread of HIV.

As the oldest prison in California, San Quentin is also the most notorious. Aside from the typical brutality of prison life, San Quentin is dangerously over capacity. It also has the state’s only death row for male inmates.

The less said about this prison the better. Let’s just say the overcrowding in there is so bad prisons have had to sometimes eat each other to survive. Yep. Not a place you want to be.

Riker’s Island is New York City’s primary prison and as such is a dangerous place. Located on an island between the Bronx and Queens, Riker’s has a reputation for brutality. If you have to commit a crime, don’t do it in New York City. You don’t want to end up at Riker’s

La Sabaneta is considered to be among the most brutal prisons in South America. Deplorable hygiene creates ample opportunity for the spread of deadly diseases. Not to mention the facility is understaffed, which only causes more brutality among the inmates.

Since 1980 Diyarbakir Prison has housed Turkey’s most violent criminals. While incarcerated at Diyarbakir prisoners can expect to be tortured and subject to other horrific treatment from the guards.

The most dangerous criminals in the United States call the ADX Florence Supermax Prison home. ADX is known to have tightest security in the country, and most of the inmates here are kept in complete isolation. It’s known as the Alcatraz of the Rockies.

Alright I am officially swearing off a life of crime, no more mp3 sharing. Share this post on Facebook and see what your friends think by clicking below.

Previous Post: When You Mix Dogs And Stairs, You Get Something Insanely Adorable. Every Time.
Next Post: ‘Snerdley in the house!’ Rush Limbaugh’s ‘Official Obama Criticizer’ joins Twitter