This Desert In Australia Is Normally Arid, But A Recent Downpour Transformed It

Towering in at over 1,100 feet tall, the Ayers Rocks of Uluru make up a natural landmark that has tourists flocking from all across the globe to take in the breathtaking views.

Known for its illustrious red sandstone color, Uluru is situated in the middle of the desert in central Australia and is considered to be sacred according to the aboriginal inhabitants of the surrounding land. The towering landmark is the center of the Uluru-Kata Tjuta National Park.

This formation is believed to be over 600 million years old, and despite containing multiple watering holes and natural springs, the area around Uluru does not receive much rainfall throughout the year. But in a year when just about anything is possible, the people of central Australia were able to take in a miraculous sight that occurs only once every 50 years.

It might be hard to believe but over 600 million years ago, the sandstone of Uluru was buried under the sea. Today the formation towers over 1,100 feet above sea level.

Read More: He Poured A Tablespoon Of Olive Oil Into A Lake To Calm The Waves In Just Minutes

Located in the heart of the Australian desert, Uluru isn’t known for receiving large amounts of rainfall. 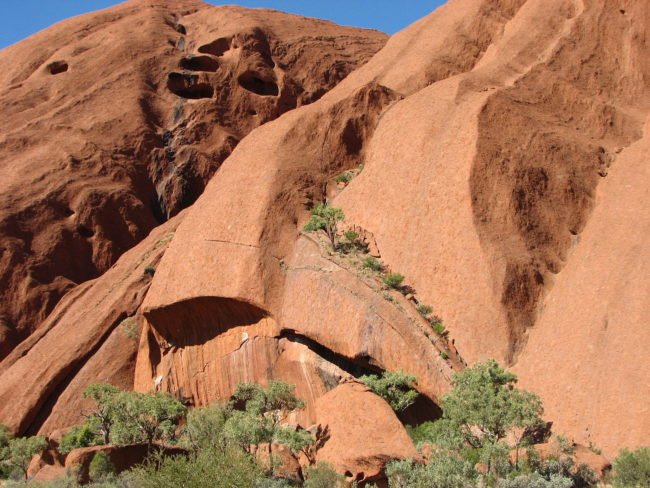 Previous Post: Kid's Castle Playground From My Home Town…
Next Post: Sen. Rand Paul’s hair more libertarian than he is