This Guy Had These Crawling All Over Him Just By Going In His Yard? Yikes.

When Reddit user reddit_scientist took his dog out for a walk, there’s no way he expected this to happen. One minute he was enjoying the yard with his dog. Not even an hour later, he had to pull into a gas station because his foot was itching so badly.

After pulling off his sock to scratch his foot, he noticed how dirty it looked. Then he realized it wasn’t dirt, his foot was covered in small creepy-crawlies.

“They were small, brown crawling insects that looked a lot like ticks and there were probably at least 30 of them all over my foot and up my ankle. That freaked my out so I ran into the gas station rest room and scrubbed my foot hard with paper towels. I felt very embarrassed as I’m sure I looked like a crazy person.

I saved a few to bring into work after being thoroughly disturbed and showering multiple times. I had been wearing shoes, pants, socks, and I didn’t walk through any bushes; it seem they’re small enough that that didn’t matter.

I’m fairly confident what I had on me was chiggers, or by another name harvest mites. My boss and a few other people at work said they’ve had the at different times when doing yard work or hunting.”

In the name of science, the Redditor brought in a few of the chiggers to work.

reddit_scientist placed the samples on a tiny disc that can be examined under a high-powered microscope.

A close up of the microscope.

The entire set up.

Okay, now let’s see what was causing all of the itchiness.

Also known as harvest mites, these bad boys are known to latch onto people in the outdoors. 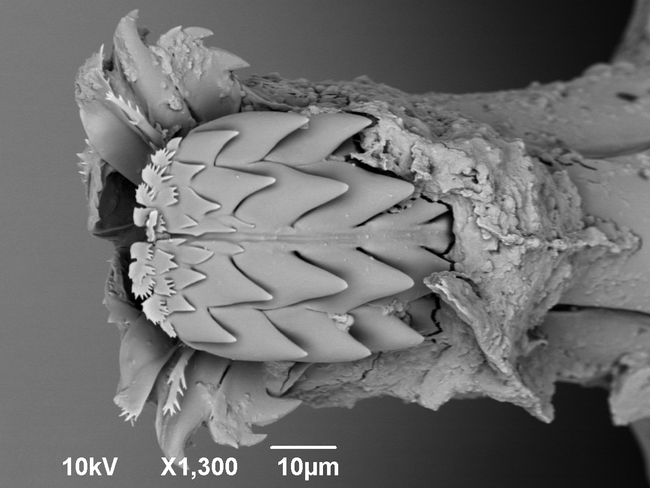 The itching typically occurs after they’ve unlatched from your skin… 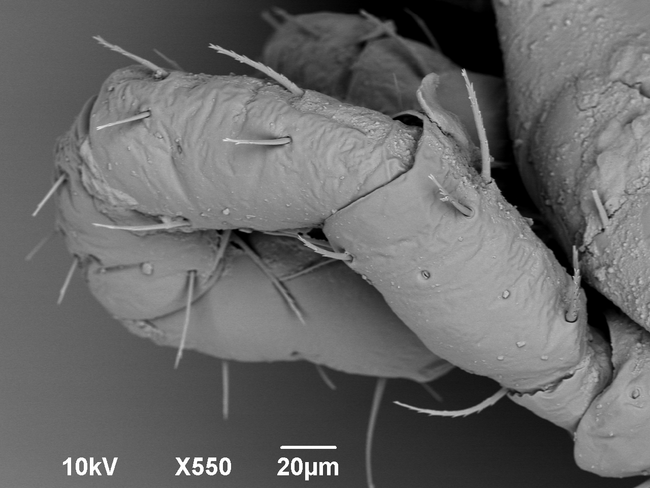 …but having them on you still doesn’t seem like a delightful experience.

This is one creature you’ll want to stay away from if you see them coming your way. Too bad you can’t.

Whoa. That’s it, I’m never going outside again, even if my dog does have to go out. He can use the toilet like my other roommates.