This Is What Would Happen If Disney Characters Dressed Up On Halloween.

It’s fun to think of your favorite characters as though they were everyday people. You can even imagine what they’d do if Halloween was right around the corner.

That’s exactly what artist Isaiah Stephens was thinking about when he created his Halloween series. It features some beloved Disney characters donning other iconic outfits for what we can only imagine is a pretty amazing, if fictional, Halloween ball. 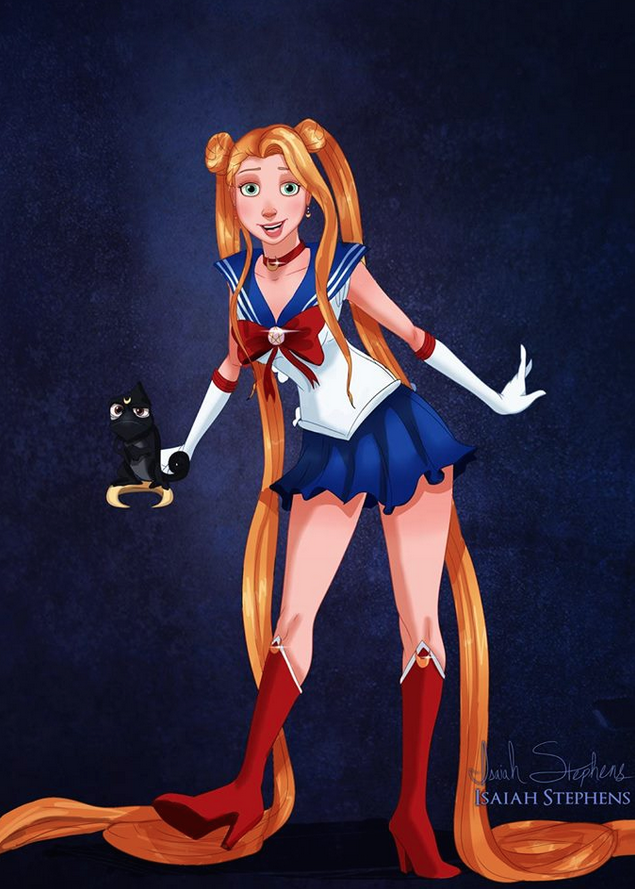 Isaiah Stephens
I don’t know about you, but it looks to me like Rapunzel’s been pregaming.

Isaiah Stephens
Animals in the Disney-verse are way more enthusiastic about Halloween costumes than they are in ours.

Jane (from Tarzan) as Lara Croft 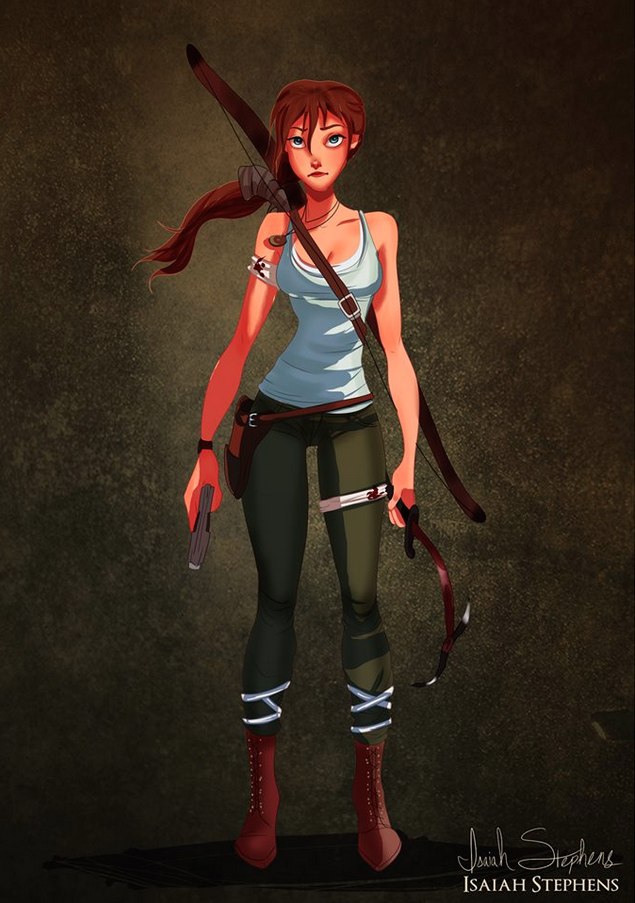 Isaiah Stephens
Exploring jungles and getting into sticky situations are second nature to both characters, so Jane will have an easy time getting into character.

Isaiah Stephens
This is the perfect costume for someone who likes nightgowns as much as Wendy.

Peter Pan as Link (from Zelda)

Isaiah Stephens
Oh come on, Peter, you’re not even trying.

Isaiah Stephens
Peter wanted her to go as Navi to complete his (lazy) Link costume, but Tink had a better idea.

Isaiah Stephens
There are a lot of Disney characters with weapons here and I am digging it.

Isaiah Stephens
Both bookish and strong-willed, this was a natural choice for Belle.

Quasimodo (from The Hunchback of Notre Dame) as Austin Powers.

Isaiah Stephens
If only he’d been around during the 1960s, he could have really pulled off the International Man of Mystery thing.

The Beast as The Hulk

Isaiah Stephens
We hope he applied that green hairspray (approximately 30 bottles of the stuff) in a well-ventilated area.

Isaiah Stephens
Tired of being mistaken for a dude, Mulan decided that she would do something a little more feminine this year.

Li Shang (from Mulan) as Mako (from Legend of Korra)

Isaiah Stephens
When she realized they had the same color scheme, Snow simply altered one of her old dresses to make this costume.

Isaiah Stephens
She already dealt with a slew of childhood nightmares in Wonderland, so what’s a few vampires?

Milo (from Atlantis: The Lost Empire) as The Doctor

Isaiah Stephens
His appreciation for extradimensional travel and magical doodads made this the obvious choice for Milo.

Kida (from Atlantis: The Lost Empire) as Storm (from X-Men)

Isaiah Stephens
Kida used what she knew for this costume: white hair, magical blue light, and showing some skin.

Isaiah Stephens
It’s a good costume to cover your tipsiness, as well as an excuse for dudes to wear lots of eyeliner.

Isaiah Stephens
After being on the receiving end of some sorcery, Tiana wanted to try being the one with the magical powers.

Aladdin and Abu as Ash Ketchum and Pikachu (from Pokemon)

Isaiah Stephens
It makes sense, especially since both enjoy the company of small, shrieking animals.

Jasmine (from Aladdin) as Chun-Li (from Street Fighter)

Isaiah Stephens
After the daily grind of princess duties, Jasmine is happy to cut loose and do a lot of high kicks.

Isaiah Stephens
Aurora got Maleficent to partake in this costume by promising that this time, she was in fact invited to the party.

Cinderella as Annabeth Chase (from Percy Jackson: Heroes of Olympus)

Sally (from The Nightmare Before Christmas) as Raven (from Teen Titans)

Giselle (from Enchanted) as Daphne Blake (from Scooby Doo)

Isaiah Stephens
Sometimes costumes are based simply on what kind of hair you have.

Megara (from Hercules) as Catwoman

Isaiah Stephens
Megara has just the right amount of sass to pull this off.

Ariel (from The Little Mermaid) as Black Widow (from The Avengers)

Isaiah Stephens
Ariel and Megara planned ahead of time and rappelled into the party in unison.

Merida (from Brave) as Rogue (from X-Men)

Isaiah Stephens
Merida lent her bow to Pocahontas for their costumes. Plus, she has better hair for Rogue.

Pocahontas as Katniss Everdeen (from The Hunger Games)

Isaiah Stephens
We hope Pocahontas watches where she points that thing at this hypothetical party.

Isaiah Stephens
Charlotte is really, really into pink, so this was the natural choice.

This series is hardly all Stephens has created, and you can check out the rest of his inventive takes on popular characters on his deviantART page.

Previous Post: Jose Canseco: Alex Rodriguez is a hater and a liar
Next Post: This Is The Best Photo I’ve Ever Seen…