This Weird Tradition In Madagascar Could Actually Spread The Black Death

In history class, you probably spent a good chunk of time covering the spread of the Black Death across Europe during the Middle Ages.

And with our news stations covering indictments, tax reform, and the latest happenings with the Kardashians, chances are you totally missed out on the fact that the very virus that killed over 60 percent of Europe and Eastern Asia in the 14th century has made a resurgence all across Madagascar.

While the country of Madagascar experiences a few rare diagnoses of the Black Death every year, none of these incidents have been as widespread or as deadly as the most recent outbreak. With reported cases of the Black Death dating back to August, this newest outbreak has infected over 1,100 people and has killed 124. What separates this particular outbreak from those in years past is that nearly 67 percent of the diagnosed cases are considered pneumonic, which is the most serious form of the plague, as it is passed from human to human rather than from rodent to human.

But rather than taking protective measures to avoid the spread of the viral plague, a traditional ceremony performed by the people of Madagascar is believed to be linked to the increasingly deadly plague season.

The practice in question is known as Famadihana, which involves digging up the bodies of deceased relatives and dancing with the corpses as they are prepped to be reburied. 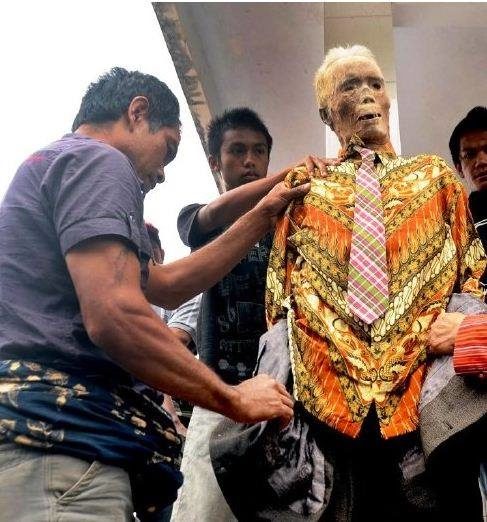 The issue is that many of these corpses are buried near people who died from the plague. It is believed that even people who were killed by the original Black Death epidemic could still be carrying the virus, meaning that anyone that comes into contact with a corpse could be putting themselves at risk of becoming infected and spreading it to those around them. 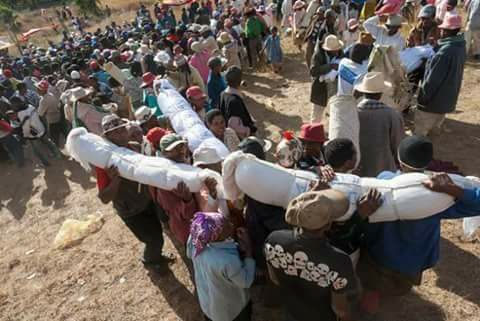 According to Madagascar’s health chief, Willy Randriamarotia, if a person dies of pneumonic plague and is then interred in a tomb that is subsequently opened for a Famadihana, the bacteria can still be transmitted and contaminate whoever handles the body.

While government officials have banned the tradition since the outbreak first began, it is widely believed that many have continued the ceremony despite the deadly consequences. 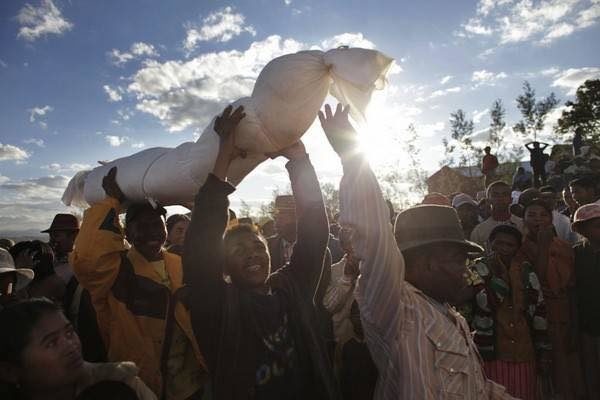 The World Health Organization has stated that sufferers of the plague will develop a strong fever and painful lymph nodes. As the virus continues to take over, pustules develop.