Animals are frequently the hidden victims of floods.

People are often evacuated from their homes during natural disasters, but wild and stray animals have nowhere to go if their homes are in danger. When Reddit user personalhale came across an adorable golden retriever during a flood in Atlanta, he knew he had to help.

Bran was found sitting next to a mailbox “looking pathetic.” He was super skinny and sickly, but he came immediately when called, tail wagging the whole way.

His rescuers found out that he had been lost in the woods for three months after escaping an animal hoarder.

He rested for three weeks after being found because he was so, so ill. 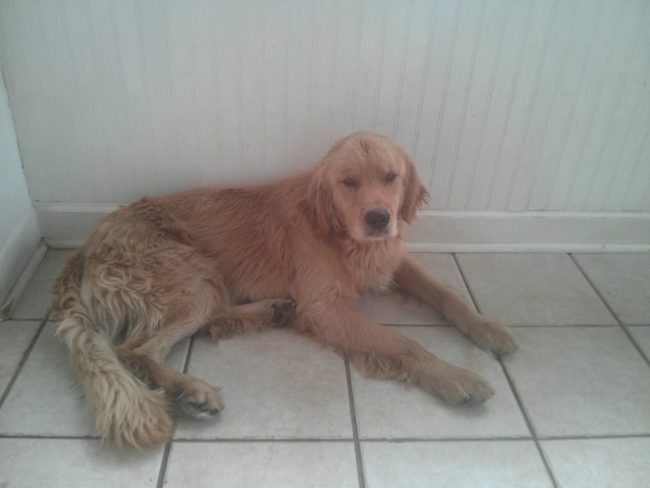 Previous Post: A Roundup of Some of the Most Awesome Parents Out There Right Now.
Next Post: Funny Poodle In Love With Hamster