To Put Her Attacker in Cuffs, One Woman Called 911…and Ordered Pizza.

When in the middle of an emergency, sometimes people come up with ingenious solutions to resolve the situation. These can be split second decisions, or a sudden moment of revelation as if the answer to the problem was there all along as clear as day. On reddit, a police dispatcher named Keith Weisinger posted about a time he experienced emergency ingenuity in action when he received a call from an abused woman who had decided to take matters into her own hands in the most clever way.

It started when Weisinger received a phone call through the 911 dispatch service.

“I’d like to order a pizza for delivery.” (oh great, another prank call).

A prank call to a police dispatcher is no laughing matter and can have serious consequences. But there was more to this phone call than first suspected.

“Yeah, I know. Can I have a large with half pepperoni, half mushroom and peppers?”

“Yeah, do you know how long it will be?”

He asked her whether she knew she had called 911. She said she knew and still continued to ask for pizza. There was something going on here.

“Ok, Ma’am, is everything ok over there? do you have an emergency?”

“..And you can’t talk about it because there’s someone in the room with you?” (moment of realization)

“Yes, that’s correct. Do you know how long it will be?”

Weisinger realized that he had to get police to the woman’s address right away: this was definitely an emergency and she needed help.

“I have an officer about a mile from your location. Are there any weapons in your house?”

“Can you stay on the phone with me?”

“Nope. See you soon, thanks”

After the call was over, Weisinger checked any reports relating to that address and found a history of domestic violence. When the police showed up, they found that the woman’s boyfriend had been abusing her, and he was immediately arrested. 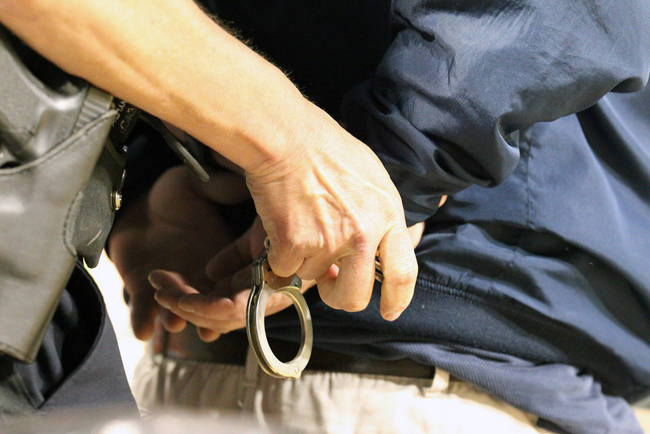 In this case, cleverness won over brutality. Even with her attacker in the same room, the woman still had the clarity of mind to come up with this ingenious solution. Luckily, quick thinking on both sides of the phone allowed for the criminal to be caught and arrested by police.

Previous Post: ‘What the hell with today’? Report: White House is on lockdown; Updated
Next Post: Either There Is A God, Or There Isn’t…