On Monday, Moore, OK police released body cam footage from a 2017 encounter with former state Senator Ralph Shortey and officers who were performing a welfare check at a motel where Shortey had rented a room along with a 17-year-old boy. Shortey greeted the cops in a T-shirt quoting Ephesians 5:22:

Lol the shirt Ralph Shortey is wearing as he was arrested for having sex w/17 year old boy had a Ephesians 5:22 on it, which says "Wives, submit yourselves to your own husbands as you do to the Lord." https://t.co/0LKxUxFfWj

Oh, it gets worse. Under the Ephesians 5:22 quote it says, “now no make me a sandwich”:

You’re a homophobic Republican having sex with an underage boy with marijuana in the room. How to make it worse?https://t.co/uz3HibjQ3o pic.twitter.com/LWYtlyxIqo 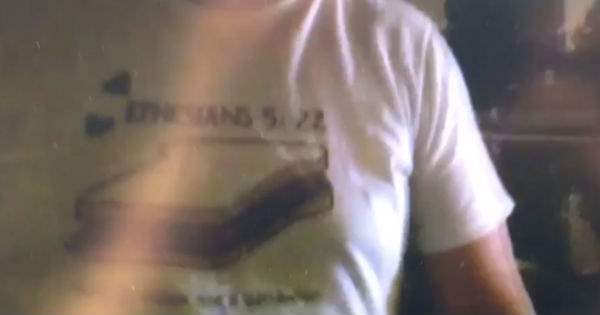