What One Town Did With This Abandoned Walmart Building Will Make Your Jaw Drop.

You’ll find a Walmart store in most American towns and cities. These stores are almost always giant, taking up an average 2.5 football fields worth of space. So what happens when one of them closes? It’s an awful lot of space to just let sit there.

Officials in McAllen, Texas, were faced with this problem when their local Walmart shut down. Instead of letting the giant store sit vacant, they did something amazing. They transformed it into the largest single-floor public library in America.

Now this is the library of my dreams.

After stripping out the old walls and ceiling, the developers opted for a very modern feel for the space. 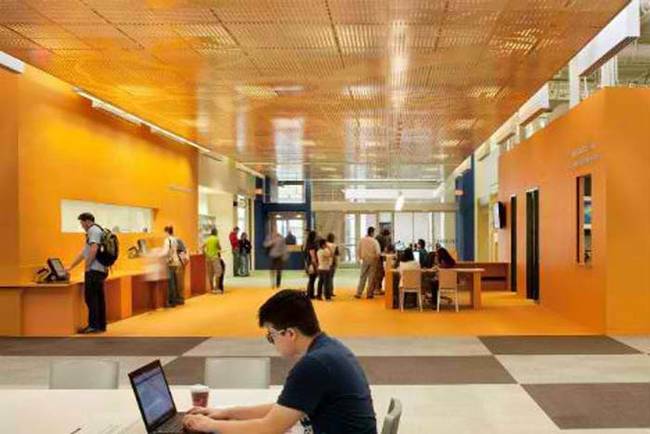 Of course there is also a cafe, a used book store, an auditorium, and self check-out stations.

Even the grounds look amazing. This has to be the coolest public library ever.

I guess it’s true what they say: everything is bigger in Texas. Even the public libraries. I think it’s time for me to start packing my bags (and my library card).