What This Guy Came Home To Is My Worst Nightmare. Seriously, Get Me Out Of Here.

Redditor underdog106 had been noticing bees flying around his apartment for a few weeks before finding the cause. When looking through the attic he found a massive bee hive, a full on colony of the little honey producing guys. He then did what anyone would do in that situation, he called in a bee expert to come and remove the hive.

What happened next was an insane stroke of bad luck. Literally a few hours before the bee keeper was scheduled to arrive the hive dislodged and fell through the attic floor, crashing down into a bathroom below and leaving a whole lotta mess!

When ‘underdog’ came home he grabbed his camera and documented everything that was to happen next:

Came home to this! – The bee keeper was scheduled to come today at 5pm. It was a very warm day in Columbia, SC. The bee hive was heavy and the structure detached and fell through the ceiling. It turns out the old owners of the house used 1/4 inch sheet rock for the ceiling in the bathroom. Which is absurd and ridiculous. Jerry (the bee keeper) came as soon as he could, and he drove an entire hour to get here. The hive fell 3 hours before he was supposed to come today. What are the odds? Seriously. What are the odds!

Jerry arrived from Newberry as fast as he could! This guy is awesome. 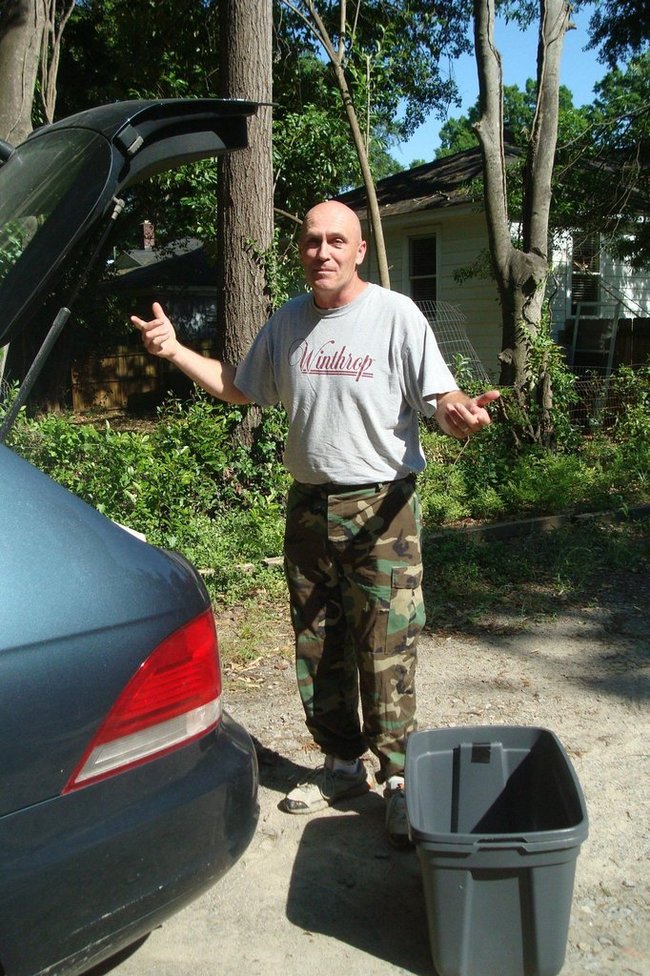 The first “selfie” I have ever taken. And the last. 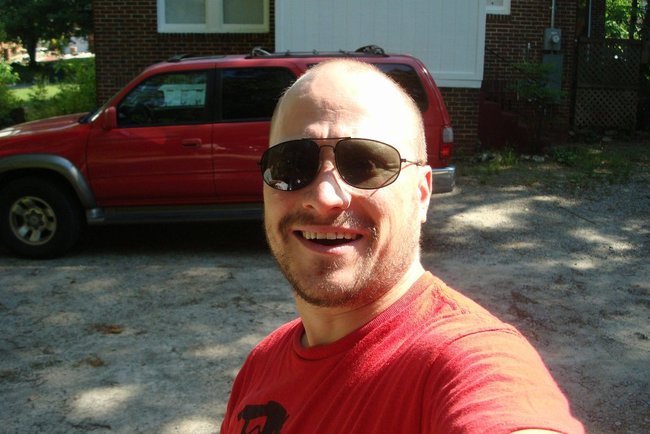 I got to suit up.

This is the box we were hoping to use. 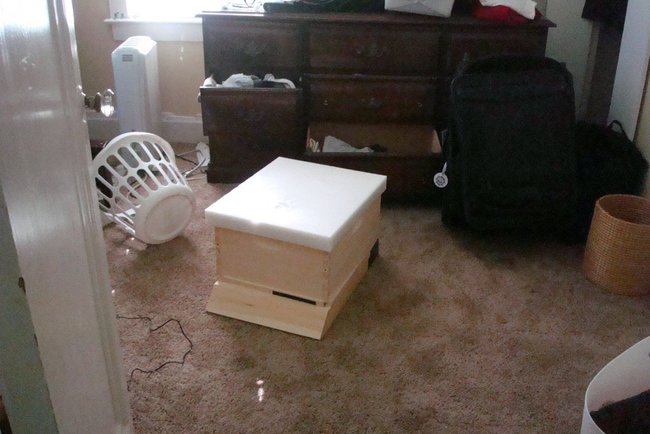 Welcome to the bees. You should know, they fell through the ceiling three hours before the bee keepers arrival.

So much honey, so many bees. 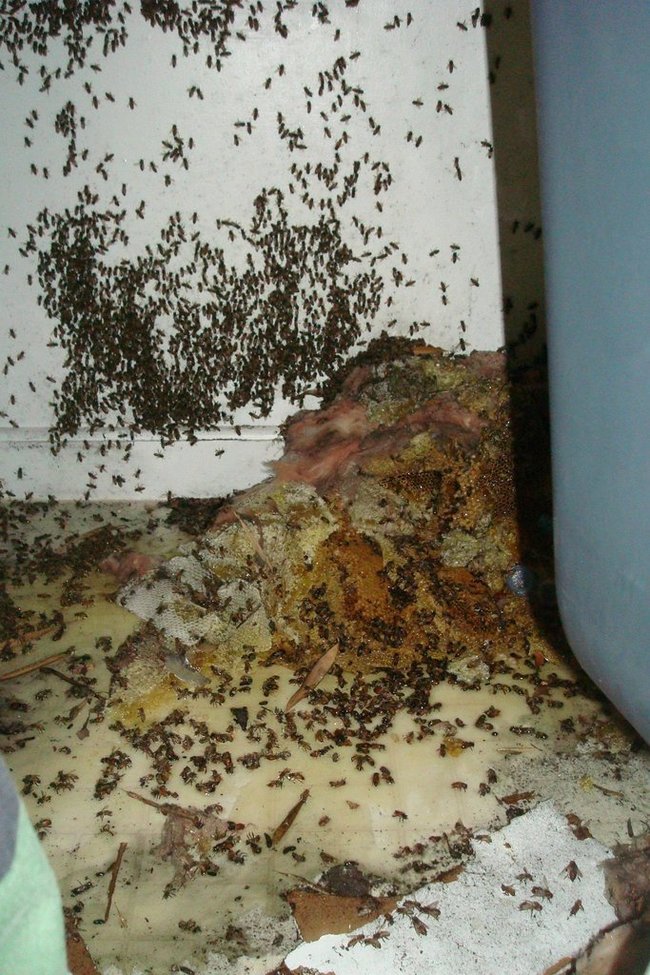 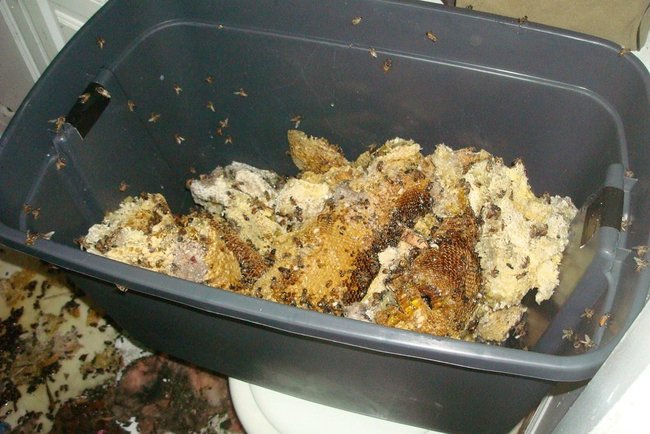 The floor is covered in honey. 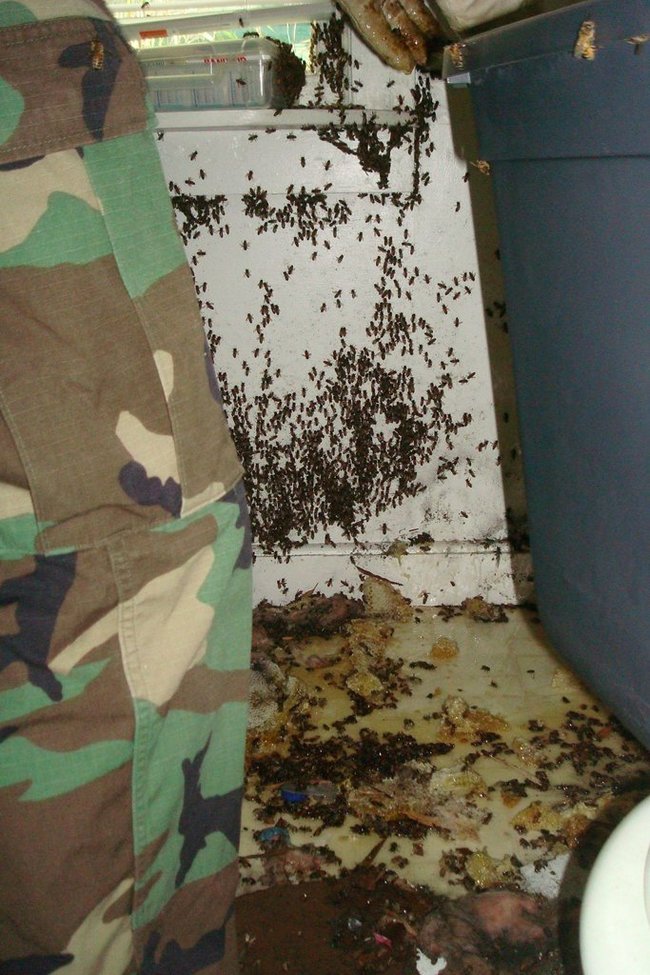 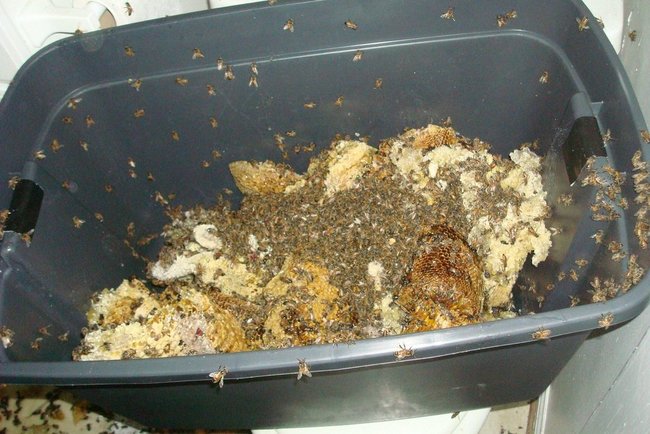 What is left in the attic.

My kitchen knife was a great tool to cut it all out. 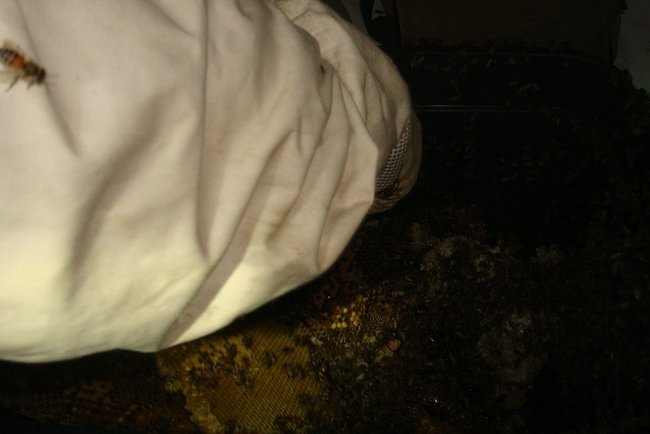 This picture just has bad-ass written all over it. He is also showing me a drone. 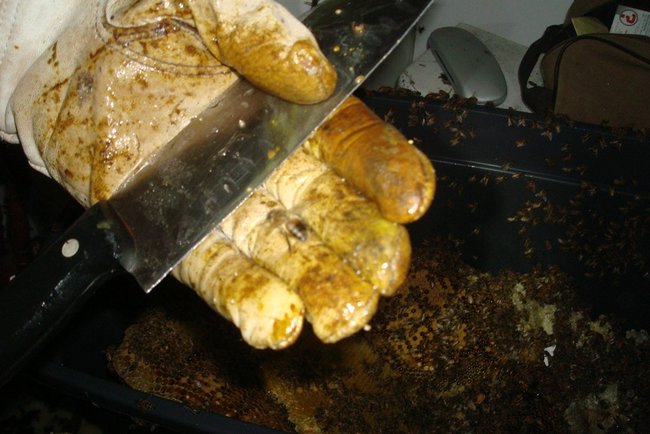 More of the attic.

Filling it right up.

That is a clean as it gets today!

Hopefully the rest here and the rest that come back from gathering pollen will swarm outside and not in. 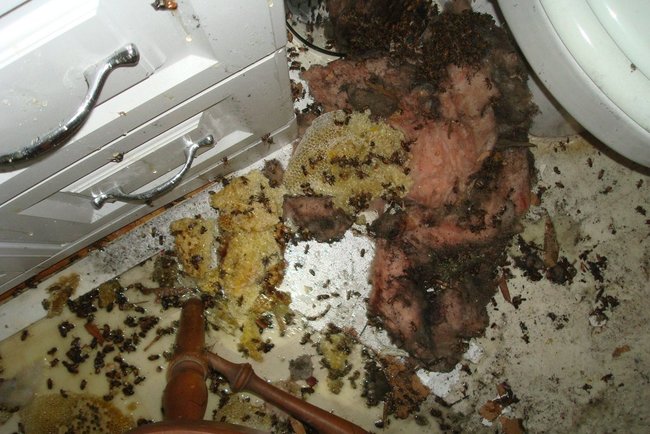 The bees are so full of sugar now they are docile. 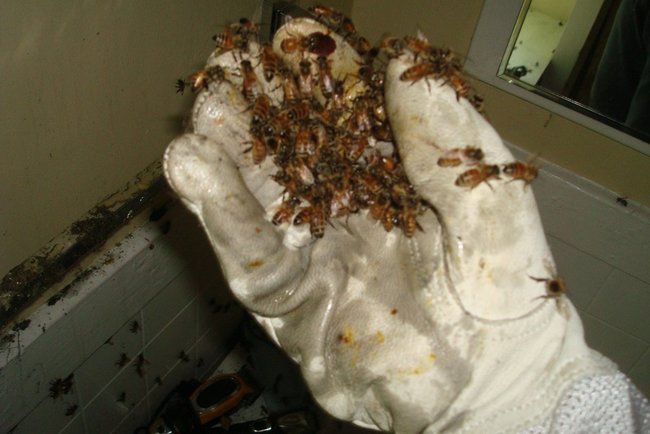 View from the attic now.

View from the attic. Bees are still everywhere. 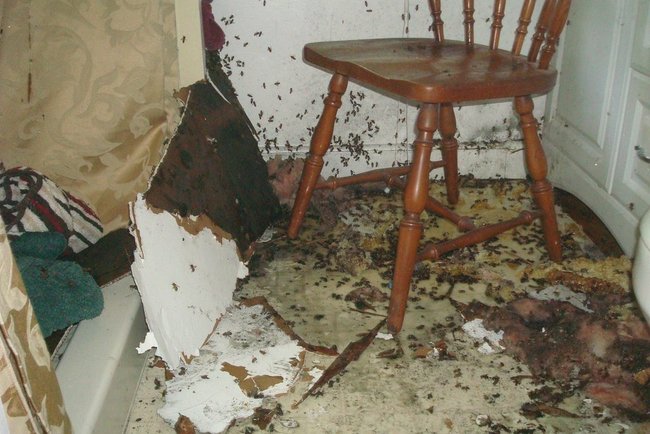 Eating the honey from the box that got on the ground. 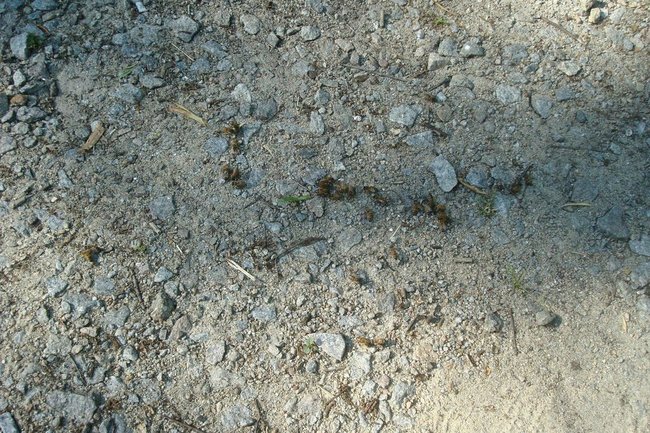 The landlord is not afraid either. Tough lady. 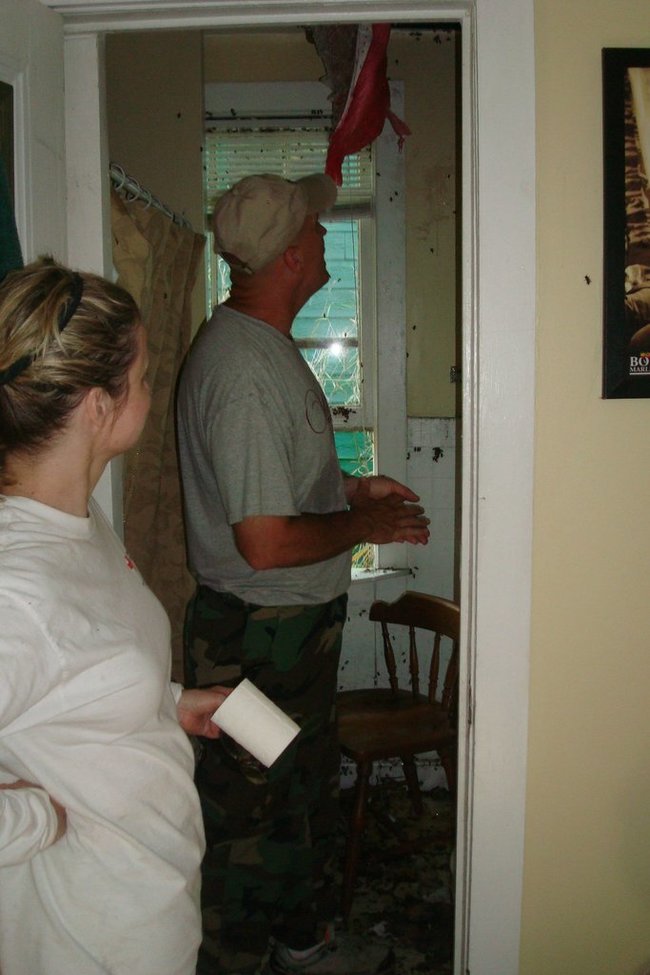 Some of the honeycomb I saved. (A lot was crushed. Imagine a very heavy honey water balloon).

All I can say is good thing no one was sitting on that toilet when the hive came crashing through the ceiling.