You Might Not Know Of This Concentration Camp, But It Was Arguably The Most Cruel

Within the World War II chapters of history textbooks, you’re pretty much guaranteed to find at least some mention of the horrible death and destruction that occurred within the walls of concentration camps.

These camps were a way for Germany to imprison large amounts of people without trial, and they were simply hell on earth. The camps that get discussed most often are Auschwitz and Belzec, but they pale in comparison to Mauthausen. Located approximately 12 miles east from the city of Linz in northern Austria, Mauthausen might just be the harshest concentration camp to ever exist.

During its seven years in operation, Mauthausen was one of the largest concentration camp complexes in all of German-controlled Europe.

The complex, named for the village it was located in, consisted of a central camp surrounded by hundreds of smaller camps.

The camp was constructed in Mauthausen because of its close proximity to Linz, which Hitler hoped to one day convert into a grand spectacle.

Mauthausen was classified as a “Grade III” camp, meaning it had some of the most brutal detention conditions.

It became home to many of the Reich’s major political enemies, who were forced into completing taxing amounts of manual labor.

German soldiers referred to Mauthausen as Knochenmühle — “The Bone Grinder.”

Read More: This Rare Footage Shows Us What Berlin Shockingly Looked Like In The 1940s

The camp was situated on the edge of a granite quarry, and as part of their daily work routine, prisoners would have to carry heavy blocks of stone up a set of 186 stairs located alongside the quarry.

They were aptly nicknamed the Stairs of Death. Prisoners often couldn’t physically handle them and would accidentally drop their stone blocks, sending them tumbling back down and injuring or even killing other prisoners.

It’s estimated that the Stairs of Death killed at least one prisoner every day.

German guards would sometimes force exhausted prisoners to race up the stairs for their own sick amusement.

Those who survived the race were lined up along the edge of the quarry at what was known as the Parachutists Wall. Guards would hold them at gunpoint and force them to choose between getting shot or pushing a fellow prisoner off the edge.

Many prisoners in this situation opted to take their own life by jumping into the quarry. 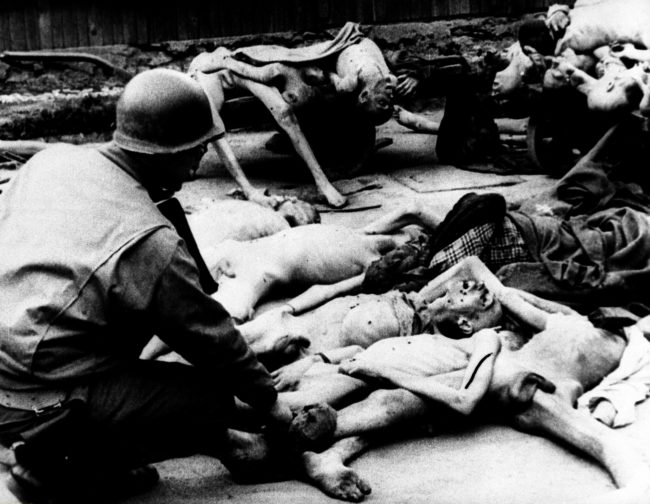 Read More: She Saved Kids By Hiding Them In Suitcases, But You’ve Likely Never Heard Of Her

Now, more than 60 years after Mauthausen’s closing, the area is overflowing with residential areas that were built after the war. It is also home to a visitor’s center and a museum. The Stairs of Death have been straightened and improved, and today, they’re a highlight of guided tours.

Previous Post: A Trapped Squirrel Was Terrorizing A House, But Luckily He Was Set Free. Hooray!
Next Post: Scarlett Johansson Says That Kiss From John Travolta Was Totally Not Weird