Have you ever had a bad landlord? I thought I’d dealt with some slumlords in the past, but these renters’ experiences take things to a whole new level.

I used to live in an apartment that did not allow tenants to control the heat. Some days it would be blazing hot, others it would be freezing. To top it off, my landlady once decided to knock down walls on the floor above mine without giving me notice. I came home one day to find every square inch of my place covered in a thick layer of dust…and she refused to pay for cleaning.

These days, I’m very happy to be a homeowner — especially after seeing these 12 landlord horror stories!

1. “I’m in New Jersey. I and my daughter were away to visit my mother the last week of August, I had told my landlord we were leaving on a short vacation as is stipulated on my lease. I live in a two bedroom apartment, where the second room was for my daughter. Well, when I got back, I found out my landlord moved his brother into my kid’s bedroom, and all my things in there were either thrown out or basically given to his brother to sell. My daughter now has to sleep with me.”

“I contested this, showing him that my lease was only for two occupants: me and my kid. He told me to ‘go **** myself’ and if I couldn’t handle living with a roommate to move out though I would have to buy out my lease. I had just renewed it in June, so I would owe nine months of rent to him.”

“On another note, when moving his brother in, my landlord also apparently sold our pet cat and flushed my daughter’s fish down the toilet, so he and his brother claim.”

2. “My landlord wants to show the unit I live in too often, so I have decided to take up naked yoga.”

4. “This is how the landlord fixed the leaky ceiling.” 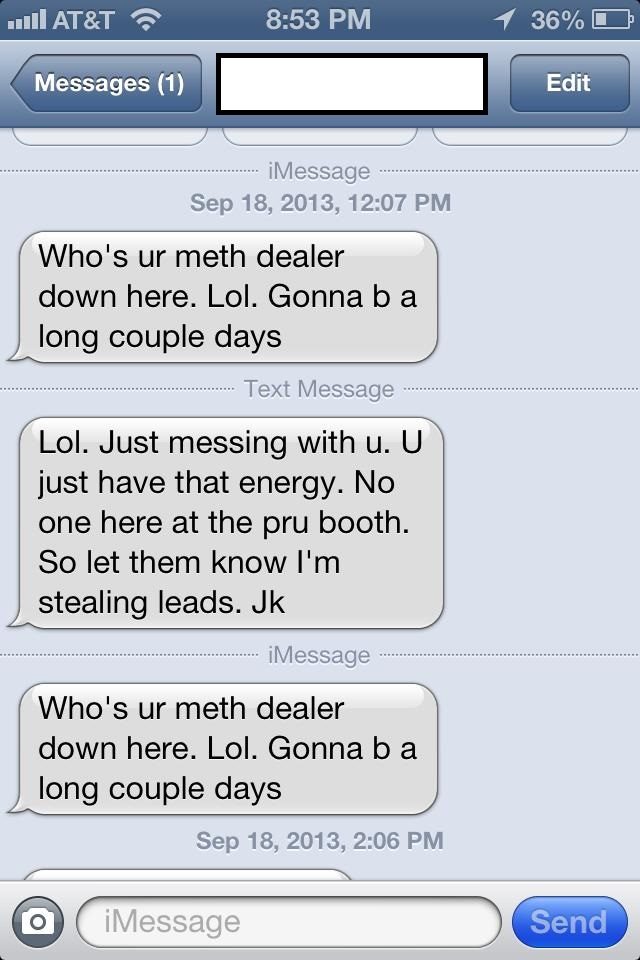 10. “How the landlord repairs the damage a stray bullet made in his building.” 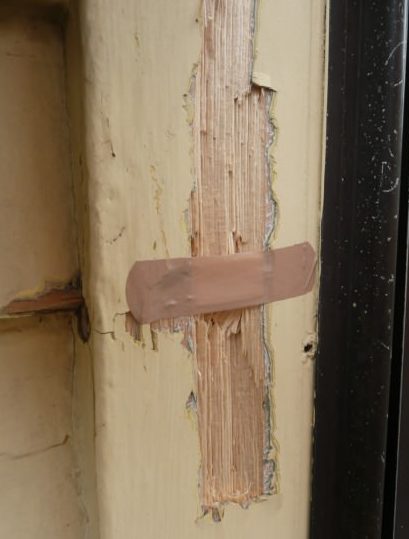 Previous Post: ‘What about the Mike Brown fundraiser?’ Boycott over Wilson GoFundMe page begins
Next Post: Ace pounds Salon Truther post; Joan Walsh: don’t you know who I am, ‘moron’?