President Trump pulling the U.S. from the Paris Agreement among other moves has been a huge cause of concern for the Left, especially including certain former Obama administration officials whose self-awareness is nowhere in sight in a NY Times op-ed:

Trump walked America off the global stage and threw away our leadership mantel. Now ALL of us must claim it back. https://t.co/fWYHn2SU6o

Who’s up for a lecture in the proper way to lead on the global stage from Susan “it was because of a video” Rice? Not many:

It is particularly embarrassing for the last admin to make this claim, given its discomfort w/ US dominance https://t.co/BPuQZH3QI3 https://t.co/6ta607dqGU

Now the previous administration cares about America's leadership role in the world? What happened to "leading from behind?" https://t.co/GVFDmUYrda

After 1000s killed with no leading from you at UN, lies about US ambassador murder, $ to Iran, & alienating Israel, please lecture us more. https://t.co/tO11HGWJ4U 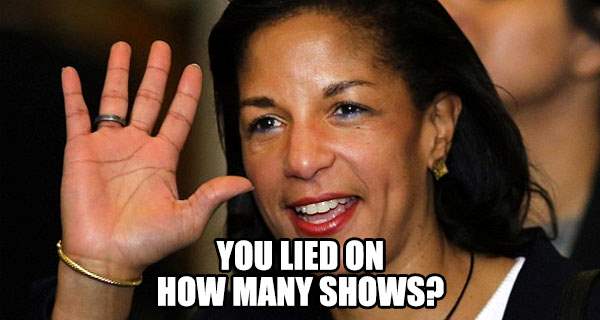 Previous Post: A Lesbian Nightclub In Russia Is Being Investigated After A Kissing Selfie Went Viral
Next Post: He’s Schwimming…