Excuse us, HuffPost: WHO exactly is determined to keep the black populace unarmed?

We’ll admit that it’s an interesting read: HuffPost interviewed 11 black gun owners for its piece, “Why Black People Own Guns.” We’d be curious to read the author’s similar take on why white people own guns — the results would probably look a lot alike.

Still, we just can’t get on board with Julia Craven’s thesis:

So what does black gun ownership mean in a country so determined to keep its black populace unarmed? Since the 2016 election, interest in firearms has supposedly ticked upward in the black community. Gun shops and clubs link the interest to a desire for self-protection against the white supremacists emboldened by President Donald Trump’s election.

That said, people of all colors were taken aback by that headline.

Black people own guns because we are Americans and it’s our 2nd amendment right to bear arms. https://t.co/tuEcvfpnlq

We really doing this today ? https://t.co/W6eoSX8a1c

The question is why don't more black people LEGALLY own guns…? We're Americans and it's apart of our second amendment. Black people have the same right to protect our families, homes, and communities as any other communities. https://t.co/iidwWlkGYa

Maybe the same reason white people own them? Maybe because the second amendment allows them to? Maybe we shouldn’t make everything a racial issue? Maybe stop creating divisions? https://t.co/moxXy581ao

Something something #2ndAmendment something… https://t.co/YfCvcMmqpr

The same reasons non-black people own them, I suspect. https://t.co/HJlJGrjo1y

I assume they own guns for the same reason white people own guns. Hunting werewolves. https://t.co/AFSs8rZ6sn

because they are free & sovereign individuals with a natural right to self preservation. https://t.co/rBQqf68lol

Black people own guns because they are Americans and the 2nd amendment gives citizens the right to bear arms. https://t.co/ypE1VVmvJ7

Because it's their right to own one, Why is that even a question? https://t.co/BdM4EphiUS

When you're so woke that you question why the Constitution applies to non-whites also. https://t.co/PhicUWK88X

Because of the 2nd amendment. Why does your page exist is a better question. https://t.co/HTgozN4x4w

Because it's their fuckin' constitutional right to own guns. https://t.co/Ah63h9sF80

They own guns because the 2nd Amendment to the United States Constitution gives all citizens the right to bear arms. https://t.co/g3QHKvXAeu

Because it’s a right & we want to, next question https://t.co/6epTMkVp3l

“As much as America loves her guns, she has never liked the idea of seeing them in black hands”……. This is the first sentence in this laughably stupid article..@StacyOnTheRight https://t.co/CI0L94br5M 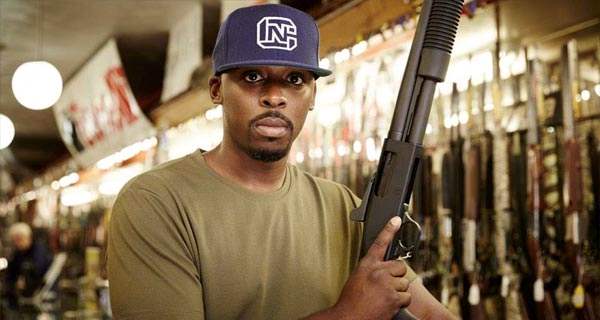 Previous Post: I Took An Ipad Away From My Sixth Grade Student…
Next Post: Most Accurate Descriptio Of A Siberian