From France To Denmark, The World Has Some Strange Ideas About What Americans Eat

What comes to mind when you think of “American food?” These photos show what countries around the world think Americans eat, and it’s not a pretty sight.

For me, American food would be my grandma’s home-cooked Thanksgiving dinner or a ballpark frank at a baseball game. As I learned from these photos of American food sections in grocery stores around the world, however, people worldwide seem to think that Americans’ diets are 99 percent sugar. All in all, it makes me wonder — how do our own foreign food sections stack up to reality?

1. In England, the American food section is mostly just candy. 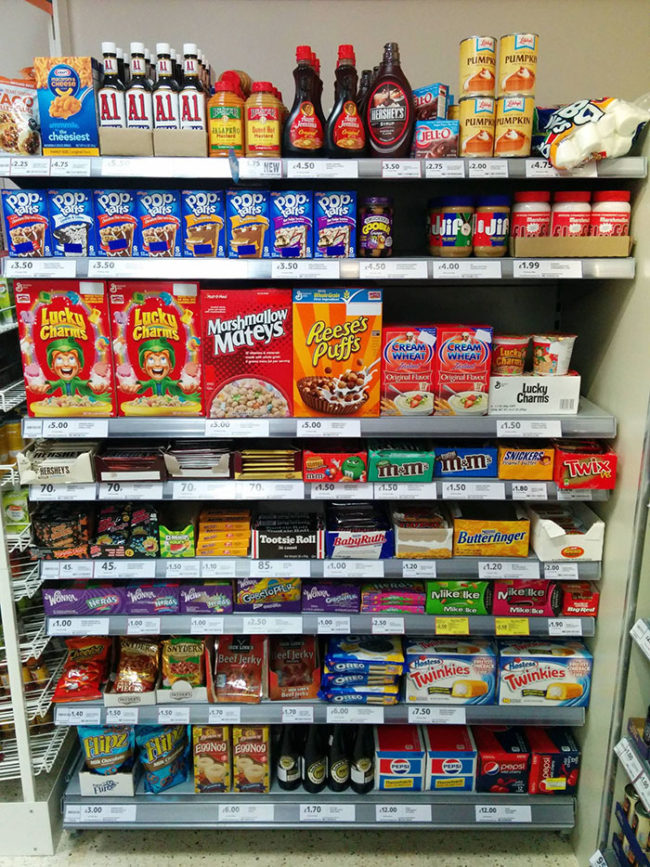 Read More: She Melted This Cheese Into Something That Will Change How You Drink Wine

2. This Belgian shop just threw an American flag sign over their soda and called it a day. 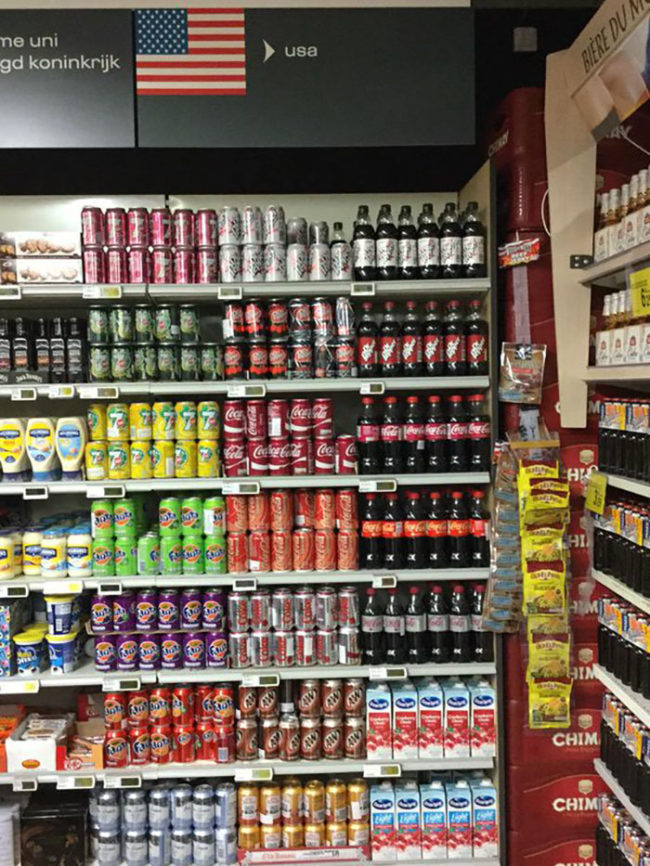 3. New Zealand has an impressive variety of cookie dough bites and cajun foods. 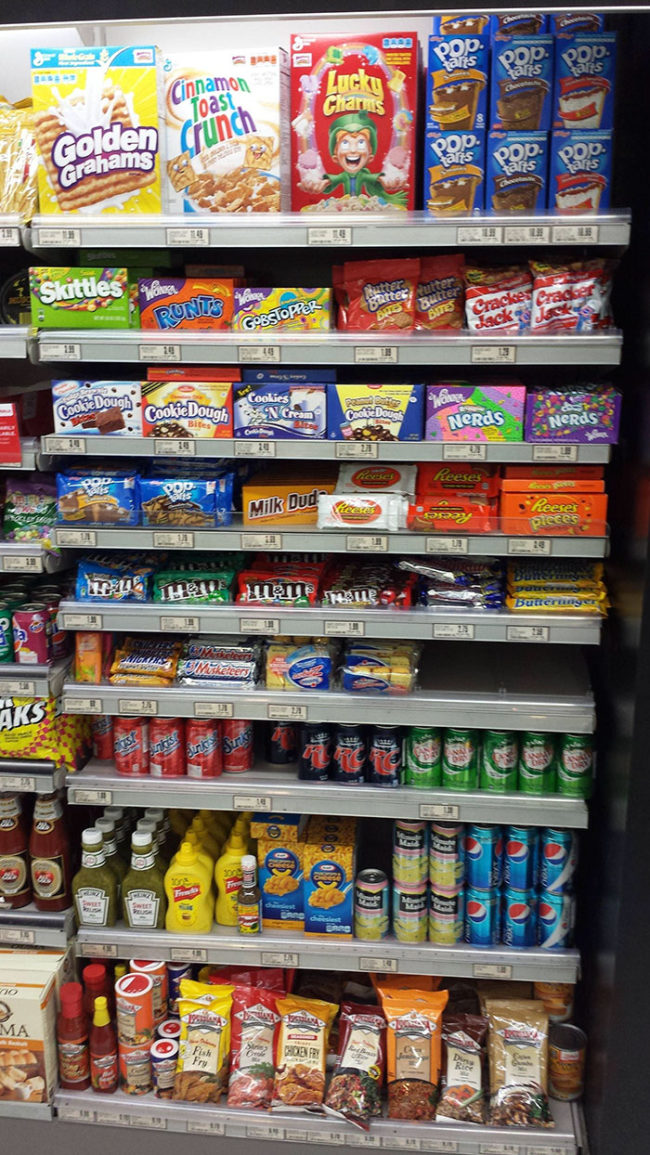 This fancy Colombian grocery store has a section for us foreigners from the USA. Hot chocolate and peanut butter ftw! pic.twitter.com/CmBHQV6aqg 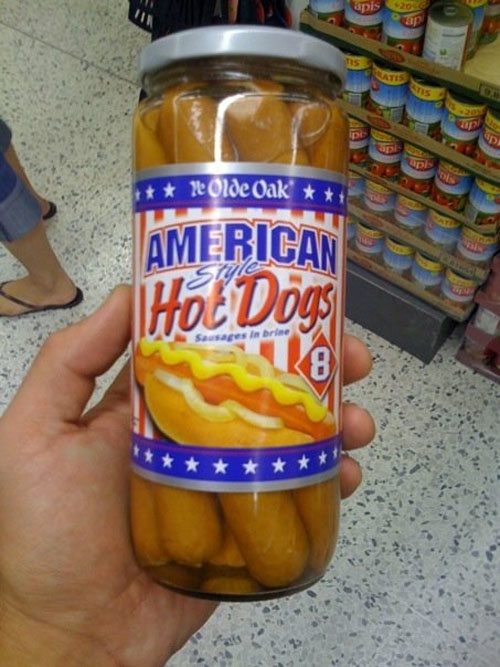 6. At least this grocery store in Paris remembered to include the ranch dressing. 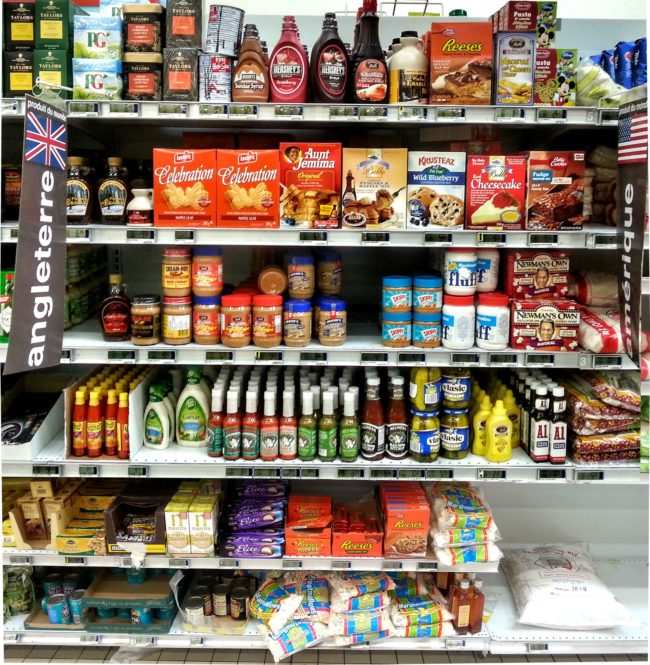 7. Reese’s overseas marketing game is strong. The U.K. even has those special Reese’s snowmen! 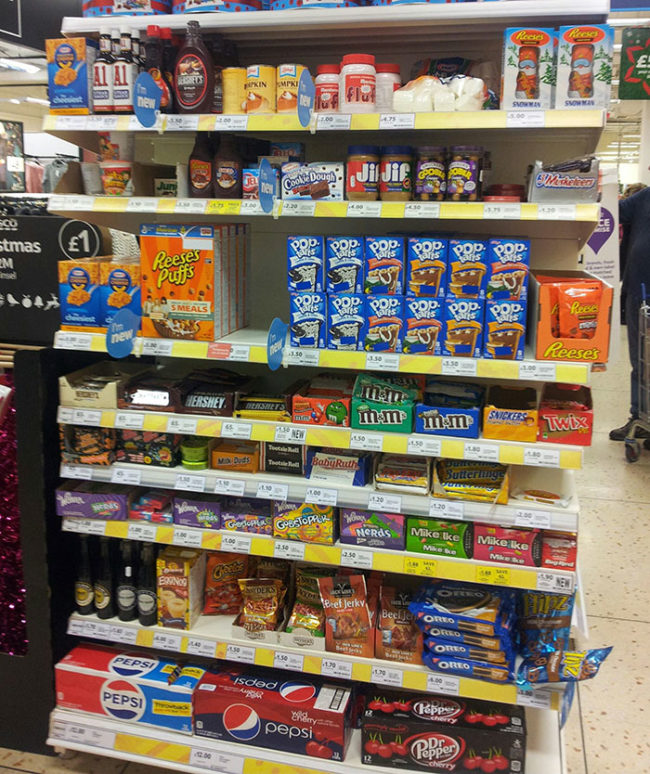 9. Did Germany get all the bottled cheese? I have never seen that in the States! 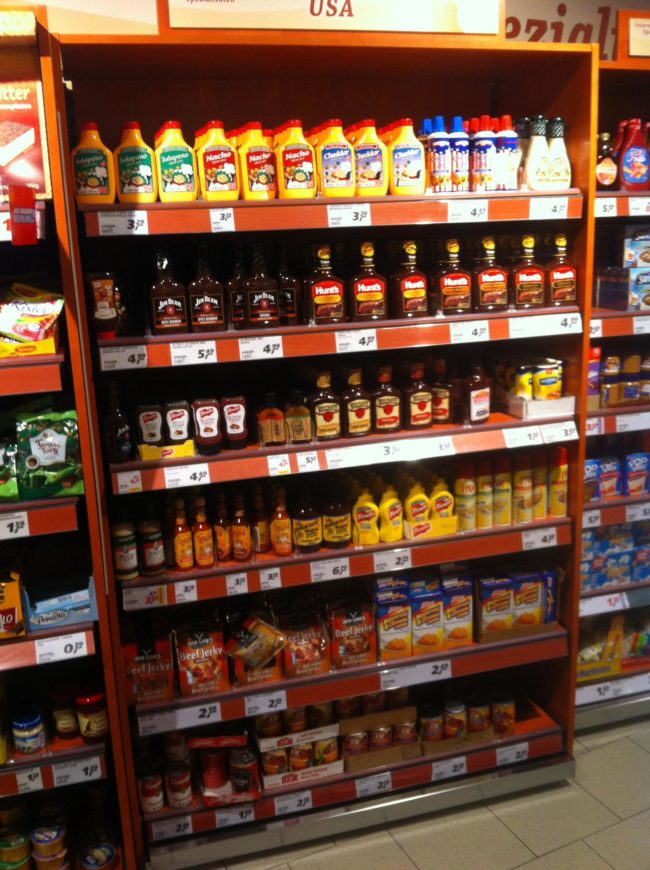 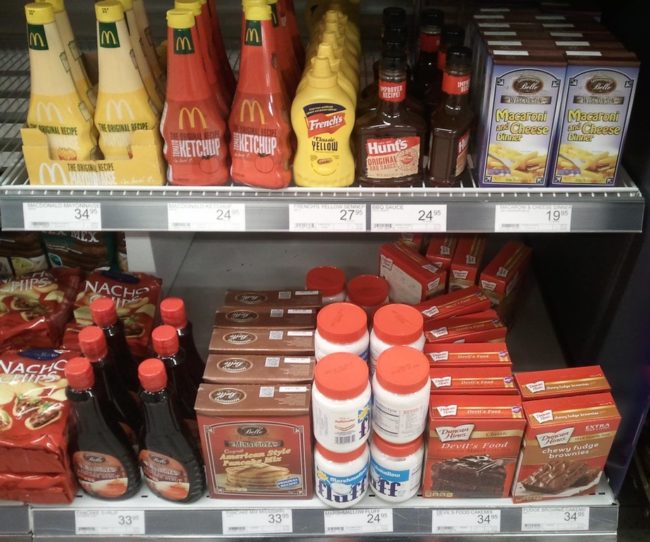 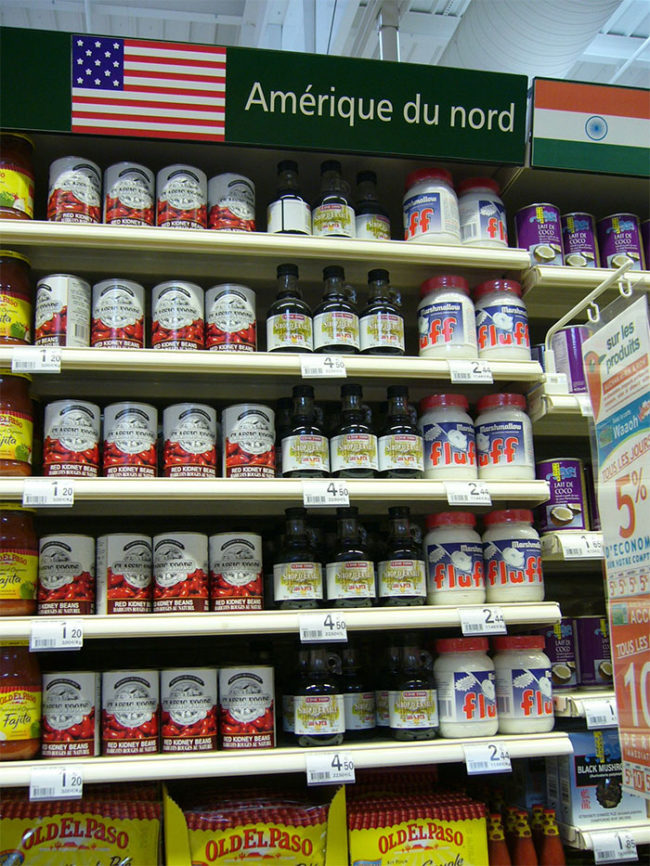 12. Nothing says Americana like Pop-Tarts, peanut butter, and Pepsi! 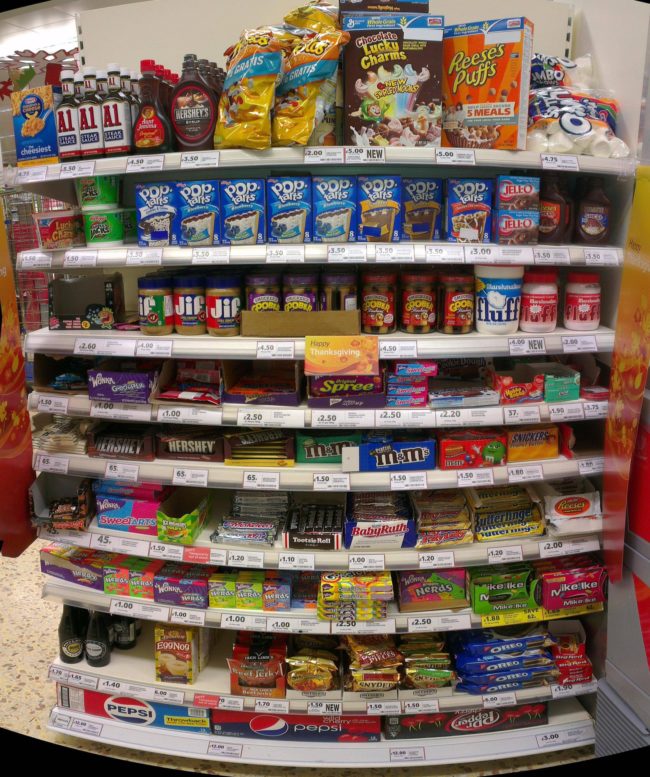 13. If you ever celebrate a birthday in Amsterdam, you won’t have a problem baking a cake. 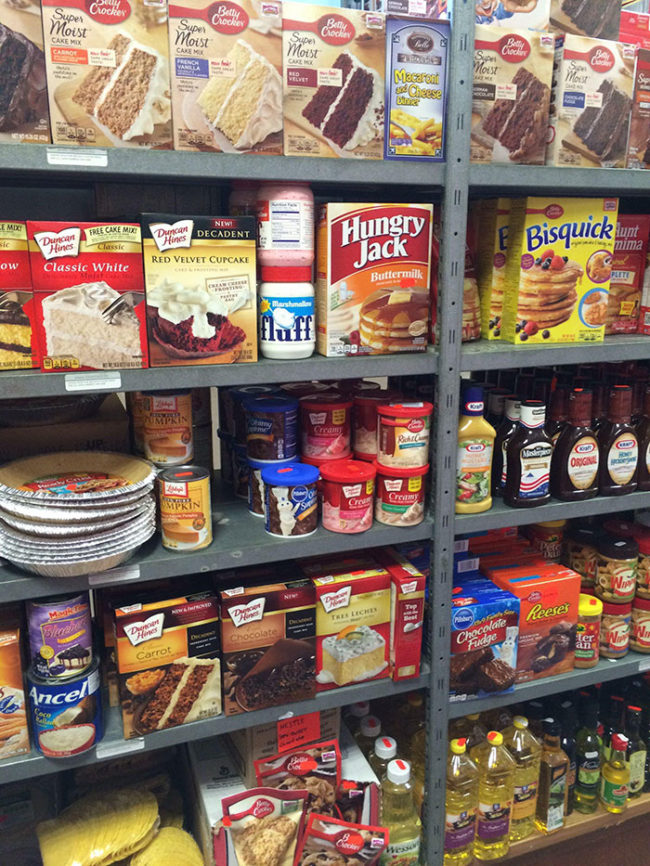 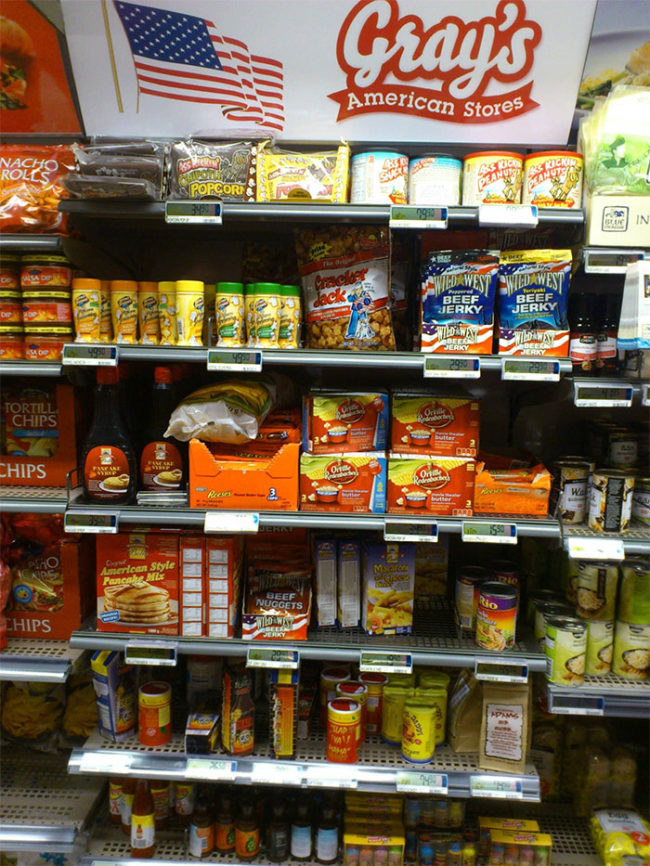 Previous Post: I Just Want Someone To Be My Friend
Next Post: You Might Hate The TSA, But They Prevent People From Bringing Weird Stuff Aboard