That’s right. Sen. Chuck Schumer (D-N.Y.) has called for the Food and Drug Administration to investigate and regulate snortable chocolate.

Schumer wrote a letter to the agency on Saturday. Here is a portion of a statement he released.

This suspect product has no clear health value, he said in a statement. I cant think of a single parent who thinks it is a good idea for their children to be snorting over-the-counter stimulants up their noses.

Come on, man. Now you're just making crap up. https://t.co/6DOFSdrnjQ

An efficient use of our tax dollars. https://t.co/2mpeNAgUV8

"Trump and his Healthcare plan are destroying democracy." "Also, I'm gonna focus on a bigger problem. Y'all know what I'm talking about" https://t.co/3xHvqEVj6F

Leadership in a time of crisis https://t.co/ex9o0dhYgb 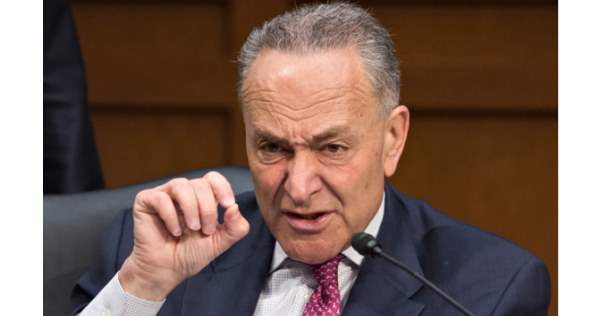 Previous Post: Rep. Ed Royce on Hugo Chavez: ‘Good riddance to this dictator’
Next Post: My Dad Gave Me A Golden Gaytime