He Looked Out Of The Plane Window. What He Saw Changed His Life Forever.

James Bills has always enjoyed flying with his pilot boyfriend, Thomas, but he’ll always remember the incredibly special flight they shared together in April 2016.

It isn’t clear how long the Brixham, England, residents have been dating, but last year, Navy Seaman Thomas became certain that he wanted to spend the rest of his life with James. That’s why he spent three days to prepare the question he’d be asking when he took James out on that memorable flight.

It was just like any other of the flights the two take a few times a month — that is, until James noticed something while they were flying over Devon. 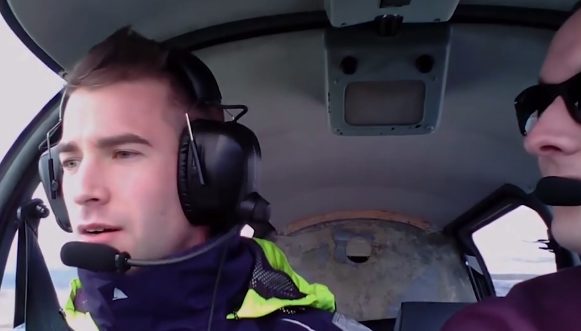 “Will you marry me” was written in a field with plastic sheets that Thomas had put together with the help of friends and family. 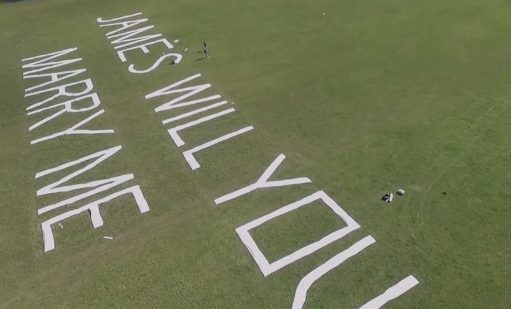 “When the plane leveled out and I saw the field, I just thought ‘Oh, that’s such a nice idea. What a nice thing for someone to do,'” James said. Then he realized it was for him. 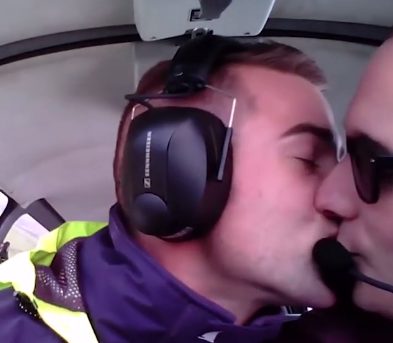 Watch as James sees the message and can’t stop smiling when he answers his partner’s important question.

The couple recently got married at Polhawn Fort in Cornwall. We wish them a very happy life together!