Jakarta, the capital of Indonesia, is apparently under attack tonight in what at first sounds reminiscent of the terrorist attacks on Paris last fall. Oddly, news of the attacks came while many were focused on Australia’s Sydney Opera House, which waslocked down in what wassimply called an ongoing police operation that turned out to be a false alarm.

This is reportedly video of the grenade blast near the Starbucks. Caution: you might want to reduce your computer’s volume as there is a “jump scare” of sorts. 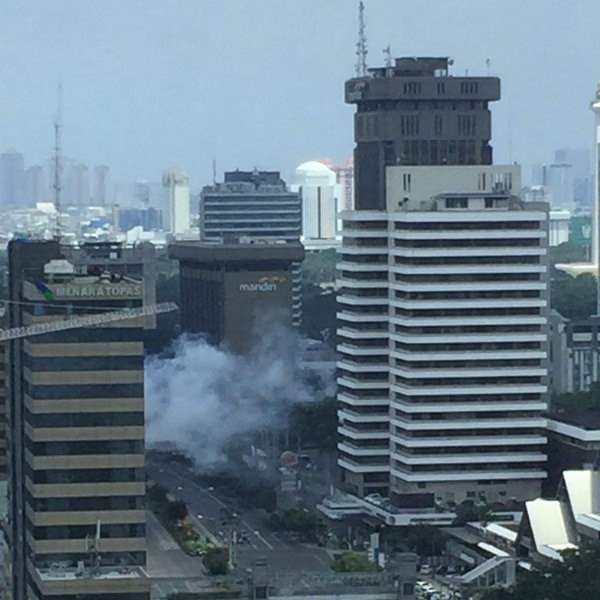 Previous Post: Every Damn Week In School And College
Next Post: If You’re Stressed Often, Here’s What You Need To Know About This Common Condition