JFC we’re about to enter a “Which countries are shitholes?” news cycle, aren’t we https://t.co/2mdr9DIitZ

Yep. As Twitchy reported, the White House isn’t denying a report that President Trump asked at an Oval Office meeting regarding immigration, “Why are we having all these people from shithole countries come here?”

Trump is certainly going to take a beating in the press over his comments — not that that’s ever stopped him from opening his mouth before — but we thought it was amusing how quickly Philip Rucker, White House bureau chief at The Washington Post, was reminded of a piece he’d written in 2010 about how special Haiti was to the Clintons.

Today’s “shithole countries” story reminds me of this piece from my way back machine: “Haiti holds a special place in the hearts of Bill and Hillary Clinton" https://t.co/cIbN1Yvhwt

Bill & Hillary honeymooned in Haiti. "We just became fascinated with the country,” WJC told me in 2010, right after earthquake. They decorated homes with Haitian art and traveled there again and again. https://t.co/cIbN1Yvhwt 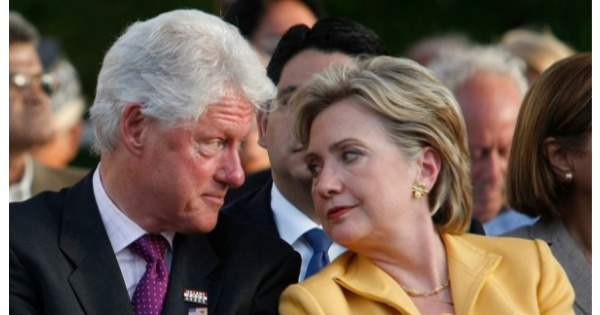 Previous Post: When You Eat Too Many Sour Skittles At Once…
Next Post: Dipa Karmakar, a ‘golden girl’ is a product of Agartala’s gymnastics culture