People Actually Thought These 10 Bizarre Inventions Would Work. They Were Wrong.

People have always had crazy ideas for products that would revolutionize the world. Unfortunately for the dreamers out there, most of these ideas are completely, utterly terrible.

Nothing though, compares to the bizarre/terrible inventions from the early 1900’s. Man, these things are crazy. Here are 10 of the most bizarre ones we could find.

The Isolator was invented in 1925 with the goal of forcing the wearer to focus completely on whatever they were working on. It would essentially make the wearer deaf and limit their vision to just what was in front of them. When you wore it, you also had to have oxygen pumped in to keep from dying.

Get your moustache to finally behave, with this handy dandy moustache trainer. Something tells me it didn’t work as advertised. Though I think if they brought it back, they could make a bundle marketing it to Brooklyn hipsters. 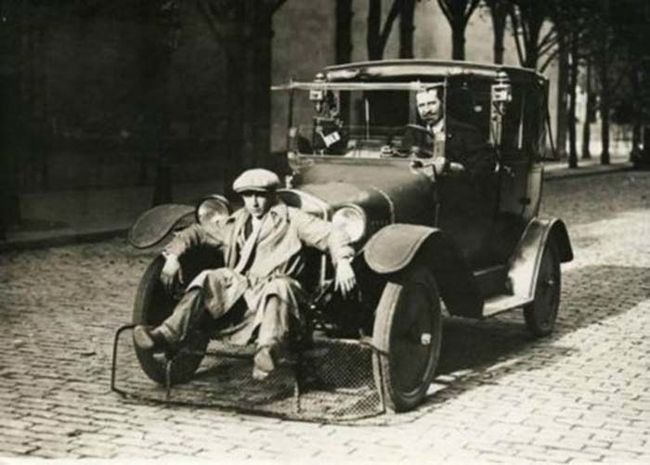 To keep the roads safer drivers used to install these human cow catchers on the front of their cars. It looks safe here, but I don’t think it would be enough to stop you from getting killed when a car hits you. 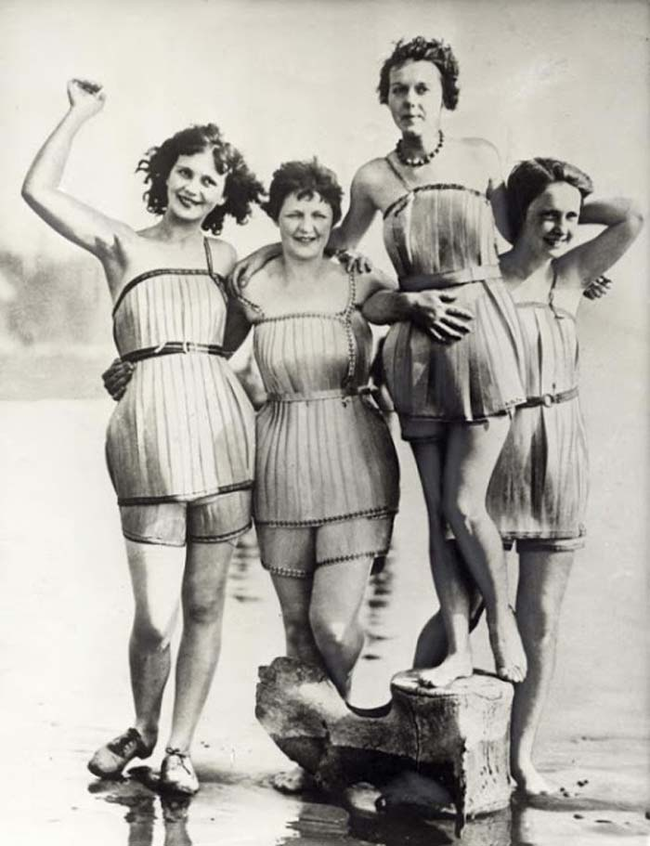 Wooden bathing suits used to be all the rage in the late 1920’s and 30’s. These “Spruce Girls,” pictured above sure look like they’re having fun. Just wait until someone gets a splinter.

How could anything go wrong with this amazing invention? Well, I can think of a few dozen reasons. What happens if it starts raining?

The picture says it all. Oh those good old Prohibition years. Americans were so inventive coming up with ways to get drunk.

In an attempt to understand nature, researchers thought they might be able to measure the pain level of vegetables. Predictably, it didn’t work.

This multipurpose brush was supposed to massage the top of your head, while you brushed the sides. I can see why this didn’t catch on.

It looks like a little bit of fun for baby, but this alternative baby carrier is completely impractical. Just imagine trying to walk down the street like this? Or worse, trying to pass these people on the sidewalk? Horrible.

10.) Radiation For Your Testicles.

This is probably the worst one on the list. Men are your feeling week? Tired? Then the solution is simple, strap a bunch of radioactive material to your testicles. I wonder how many men wondered why they were suddenly sterile after buying this?

Geeze, and I thought the pet rock was a terrible invention. Compared to these it’s better than sliced bread. Don’t forget to share these bizarre/terrible inventions with your friends on Facebook.