The kid who got kicked out of school for chewing a Pop Tart into the shape of a gun had some temporary company in the PC suspension room:

The “liked” photo was of an airsoft gun:

Seventh grader Zachary Bowlin received a 10-day suspension from Edgewood Middle School after he liked a photo of an airsoft gun on Instagram. The caption of the photo simply said, Ready. I dont think I did anything wrong, Zachary said. [The] next morning, they called me down and, like, patted me down and checked me for weapons. Then, they told me I was getting expelled or suspended or whatever.

The note the school sent home to Zacharys parents said that the official cause of his suspension was liking a post on social media that indicated potential school violence.

@CamEdwards @TeeEyeM They lifted the suspension after talking with the parents because they were probably talking lawsuit. I know I would've been. 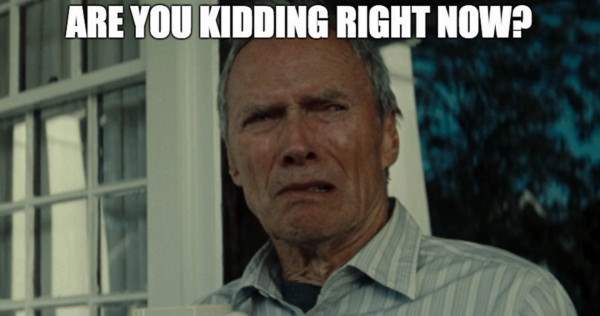 Previous Post: Where To Be During An Apocalypse
Next Post: He Is Crying Because He Thinks He Is Locked Out