Though they’re reminiscent of scenes from the run-up to Superstorm Sandy, these empty shelves are the result of an entirely different sort of disaster — the announcement that Hostess will liquidate after a standoff with the Bakery, Confectionery, Tobacco Workers and Grain Millers International Union.

Twinkies are no more. twitter.com/monsterhunter4… 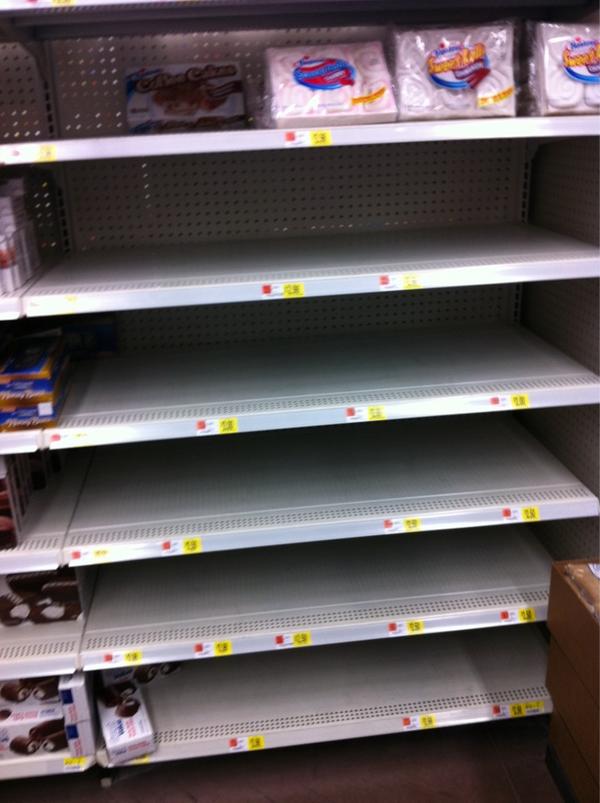 Um, people do know that all Hostess products, and not just Twinkies, are in danger of extinction, right? Or are Zingers just that bad that there are plenty left?

An empty space on the shelves, like the empty place in my heart, where #twinkies once were. twitter.com/cwillistonvi/s… 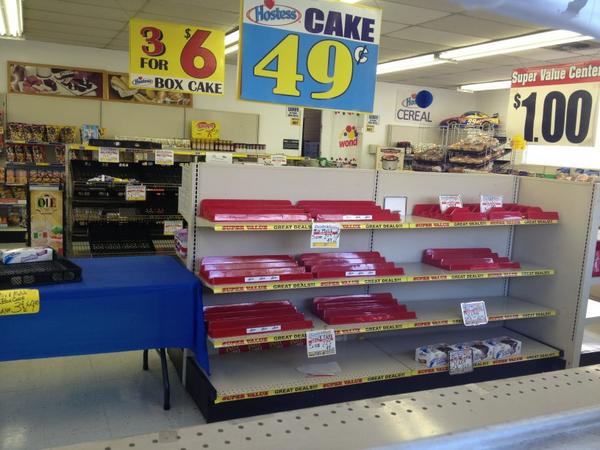 @angiecrouch stock up on twinkies!

@angiecrouch @nbcla It’s the end of the world! 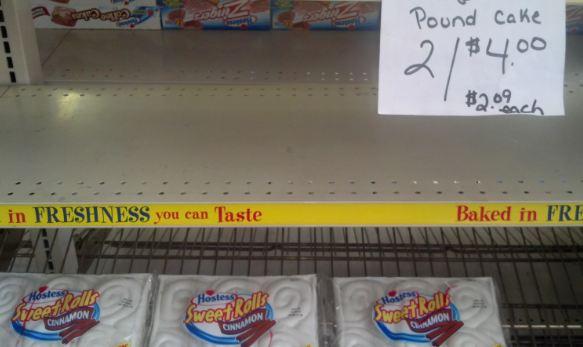 Are these just isolated incidents, or is there really a nationwide Ho-Ho shortage?

I went to buy #Twinkies today. There are none left anywhere.. The shelves were empty.

People buying up all the Hostess stuff. Shelves were already empty. Crazy to think it is no longer. #longlivethetwinkie

Ok so he came home empty handed. No Twinkies on the shelves 😱😱😱

Got a text from the boy away at school asking for a Twinkie run.Sadly the shelves were empty.#RIPHostess

Store shelves are empty at Hostess stores all over the Quad Cities. #hostess

All the Twinkie’s are gone in 1 day. Empty shelves. Think how fast our food supply could be cut off.

Just went to Kroger to get some Twinkies and hostess cakes and they’re all sold out!! The shelves were seriously empty. #ByeHostess 🙁

At least one investor has stepped forward to express an interest in buying Hostess. Until then, some are seeing Twinkies themselves as an investment. Shall we start the bidding at, say, $25?

Twinkies are selling for $25 for a 10-pack on Ebay as Hostess junkies raid stores | buswk.co/ZZxGwF

Potential arbitrage opportunity: Boxes of Twinkies bidding in wide range from $3.25 to $22.50 on eBay right now.

Twinkies are being sold for $100 on eBay right now 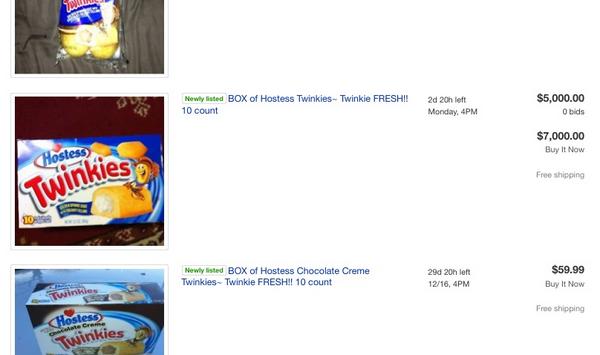 Previous Post: Oh, So You Wanna Argue? Bring It. I Got My..
Next Post: This Is The Mexican Kid That…