Al Franken responded to the allegations made this morning by KABC 790 radio anchor Leeann Tweeden:

Just got a response from @alfranken: "I certainly don’t remember the rehearsal for the skit in the same way, but I send my sincerest apologies to Leeann. As to the photo, it was clearly intended to be funny but wasn't. I shouldn't have done it."

For the record, this was an emailed statement from his press office 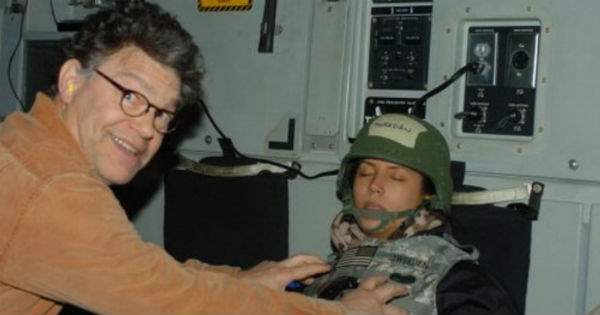