What She Found Invading Her Home At 4 A.M. Is Pure Nightmare Fuel

What would you do if you woke up to a giant python slithering across your bed?

If you’re anything like myself…or, well, any sane person, you’d find the news to be just a little bit shocking.

But for Australians? Not so much. Those who live down under play by their own rules of creepy and crawly. That being said, the event in that first sentence actually did just happen to a woman in Queensland, Australia…and the pictures? Well, they’re 100 percent straight-up terrifying!

This is the scene that Trina Hibberd, from Mission Beach, Queensland, Australia, woke up to in her guest bedroom earlier this week. What you’re seeing there is a 16-foot, 66-pound python invading her home! 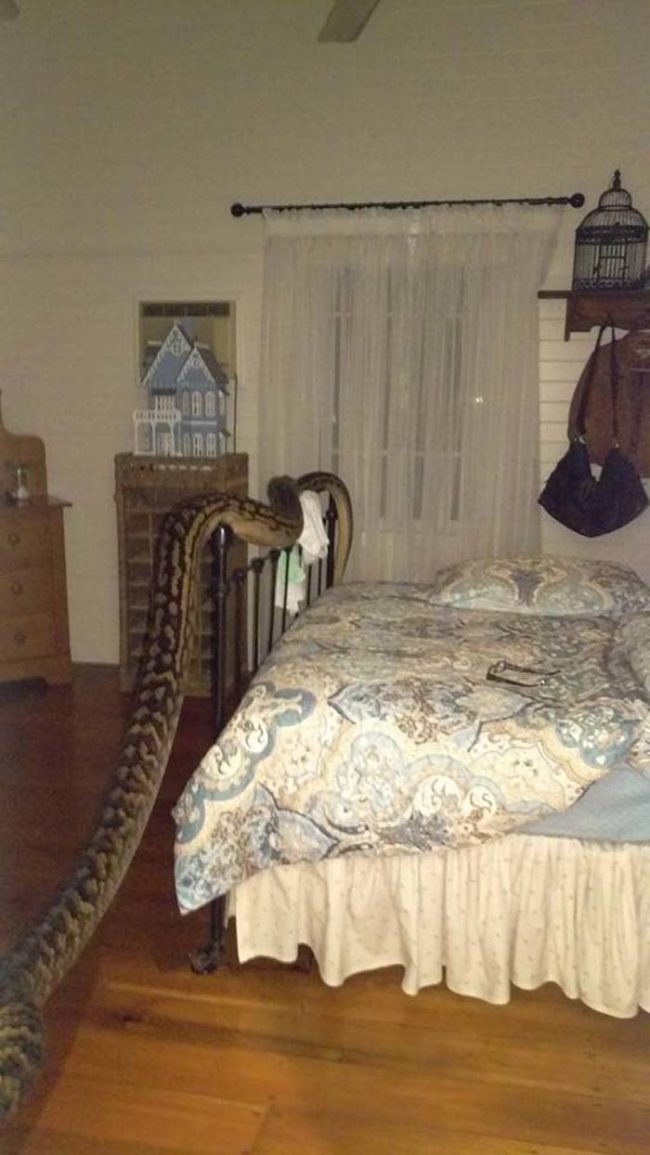 In a video uploaded to Facebook, Hibberd shows the snake making its way down her hallway, casually wrapping itself around a hat rack and some picture frames. 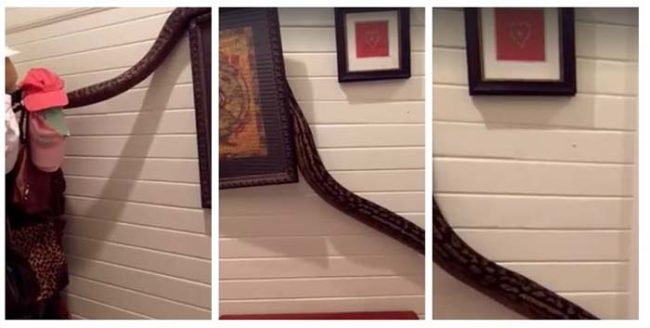 That thing is flippin’ huge! I don’t think it helps that Hibberd nicknamed the giant snake Morty.

Amazingly enough, this wasn’t even Hibberd’s first encounter with Morty. Back in 2012, she took the following picture showing the scrub python (which is one of the largest in Australia) snuggled up inside her roof. 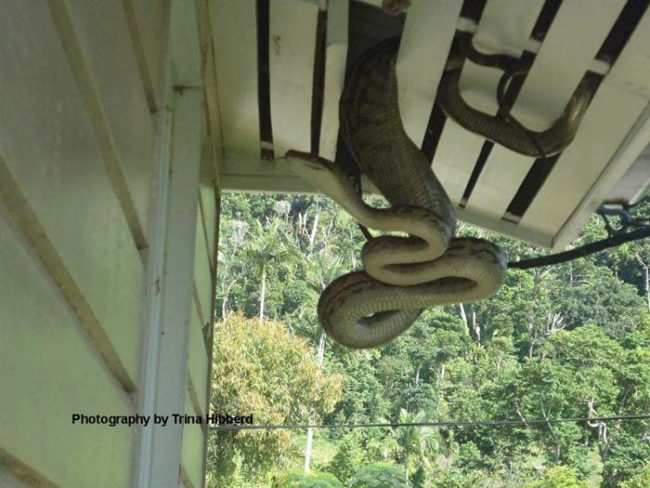 “First photo I have of him was in 2012 but I’m pretty sure he’s been in the roof for a lot longer,” she wrote. “He used to slither down into the pool area for a drink then slither back up just before sunrise unless he had a tummy full of food and got stuck,” wrote Hibberd in a comment on Facebook.

Luckily, the snake catcher showed up before Morty could do any serious damage. Just when I think I can start to trust Australia, something like this happens. NOPE.