When This Kid Got Into Trouble, He Hid From His Mother In The Most Unusual Place.

A boy in Yibin, Sichuan Province, China went to extreme lengths earlier this week to avoid having to do his homework and getting a tongue-lashing from his mother.

The boy, Xiao Kai (not his real name) allegedly hid on a ledge under his apartment window, 11 stories above the ground. Kai was missing for two hours before his mother called the police who found the boy in his hiding place.

When the police arrived they found out Kai was hiding from his mother to avoid being beaten for not finishing his homework. 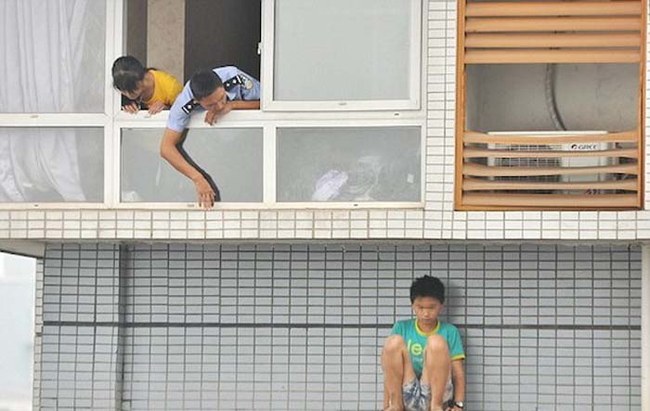 It took police two hours to finally coax Kai to come back inside.

He refused to move until his mother promised that she would not beat him again. 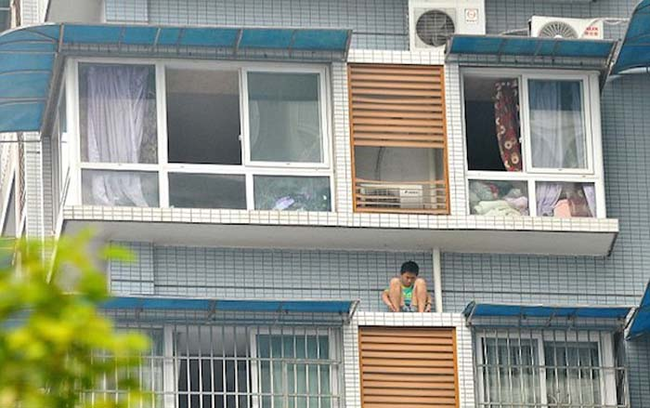 Police then used a rope to pull Kai back inside. 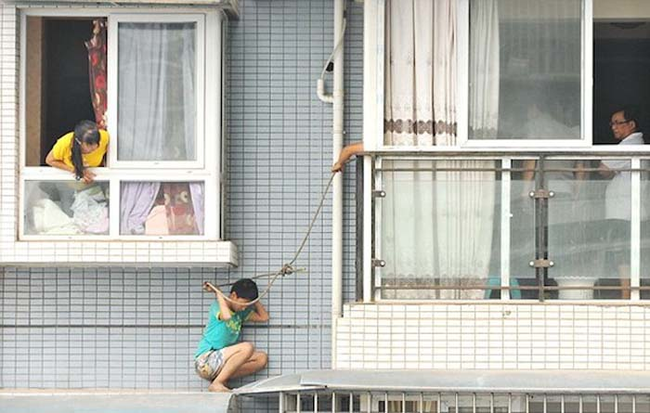 In the meantime Kai’s mother has been taken into custody for questioning, according to police. 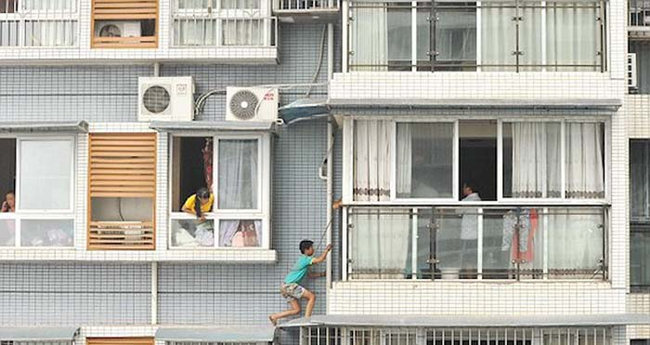 At least this story has a semi-happy ending. No parent should beat their child like that. Hopefully Kai and his mother get along better after she’s released.

Previous Post: ‘This is who we want our children emulating’? Tagg Romney disgusted by Trump’s ‘knees’ remark
Next Post: Fashion for the fall