We’ve said it before, and we’ll say it again: Kamala Harris is a disingenuous, pandering liar who wouldn’t know the truth if it fell out of the sky, landed on her face and started to wiggle.

Democrats are lying their backsides off about the GOP tax bill, but none of them are quite as obnoxious as Kamala:

I've said it before, and I'll say it again: If you vote for people to lose their health care to pay for tax cuts to the top 1%, then you need to lose your job.

You know who really needs to lose their job? Her.

And maybe she missed it, but millions of people lost their actual health care when Obamacare passed in 2010 but HEY, get down with your false narrative, Kamala.

You know, being a pathetic liar is not a resume enhancement if you are running for President. Then again, if you are running as a Democrat, it probably is. NO ONE IS LOSING HEALTH INSURANCE!!! Why do you oppose people being able to CHOOSE to buy it or not?

Dear God, we're barely one year into the 6 years of your near constant nonsense. 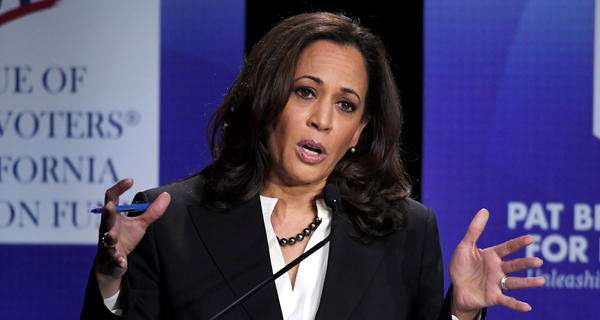 Previous Post: You’ll Never Guess What These Surgeons Found When They Opened Up A Man’s Stomach
Next Post: ‘The dog ate my FOIA’: Obama admin’s ‘historic’ transparency level is truly record-setting!